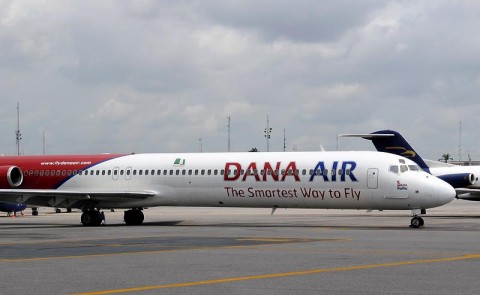 In its bid to strengthen flight operations, Dana Air on Wednesday announced that it will resume two daily flights between Lagos and Port Harcourt.

The re-launch of its flight services between the Lagos and Port Harcourt route is sequel to the recent addition of a Boeing 737-500 series aircraft as well as the successful outcome of an operational audit conducted on its entire operations by the Nigeria Civil Aviation Authority Flight Safety Group (FSG) in partnership with their foreign partners. 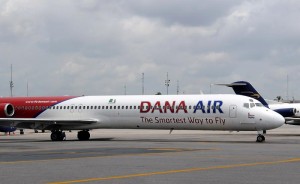 Dana Air’s Head of commercial, Mr. Obi Mbanuzuo who made the announcement added that the airline is responding to passengers’ demands as well as its primary objective of re-integrating major cities into its route network to offer convenience to the travelling public.

Mbanuzuo also said that tickets are now available for sale at fares starting from N12,600 on the company website and at designated sales points nationwide.

“Our schedule has been developed to enhance both business and leisure trips as guests now have the option of catching an early flight between Lagos and Port Harcourt with ease of onward connectivity to Abuja or beyond to keep appointments and return same day using our service.

“Dana Air will offer choice as it operates two daily flights between both cities using the Boeing McDonnell 83 and Boeing 737-500 aircraft series to service the route”, Mr. Mbanuzuo announced.