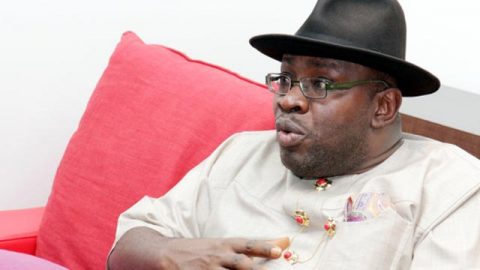 (AFRICAN EXAMINER) – Bayelsa State Governor, Hon. Henry Seriake Dickson has resumed his official duties following the expiration of his annual vacation which gave him the opportunity to enjoy a deserved rest and also attend to other personal matters.

His Spokesman, Daniel Iworiso-Markson, who confirmed this in a statement said the governor as required by law has written to the state assembly through the Speaker, Friday Konbowei Benson signaling his resumption.

He thanked his deputy, Rear Admiral John Jonah (rtd) for effectively standing in for him as Acting Governor during the period of his absence and also other members of the restoration team who continued to work tirelessly for the good of the state.

Governor Dickson also expressed his appreciation to Bayelsans especially civil servants for their dedication to duty and the support they have been given to his administration.

The governor reiterated an earlier announcement  that as part of his first assignment upon resumption, he would continue with the commissioning of projects.

The Bayelsa Chief Executive has since resumed and is presently on official duties in the nation’s capital.