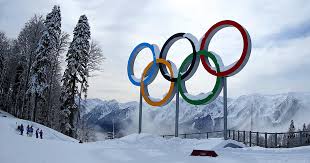 (AFRICAN EXAMINER) – Russia has been banned from competing at next year’s Winter Olympics in Pyeongchang by the International Olympic Committee.

But Russian athletes who can prove they are clean would be allowed to compete in South Korea under a neutral flag.

It follows an investigation into allegations of state-sponsored doping at the 2014 Games hosted by Russia in Sochi.

“This should draw a line under this damaging episode,” the IOC said.

IOC president Thomas Bach and his board – who made the announcement in Lausanne on Tuesday – came to the decision after reading through the findings and recommendations of a 17-month investigation headed up by the former president of Switzerland, Samuel Schmid.

The Russian Olympic Committee (ROC) has been suspended but the IOC said it will invite Russian clean athletes to compete in February under the name ‘Olympic Athlete from Russia’ (OAR).

Despite repeated Russian denials, the Schmid report has found evidence of “the systemic manipulation of the anti-doping rules and system” which back up previous allegations of government involvement in cheating in the run-up to and during the Winter Olympics almost four years ago.

Bach said: “This was an unprecedented attack on the integrity of the Olympic Games and sport. This should draw a line under this damaging episode and serve as a catalyst for a more effective anti-doping system.”

The Games in South Korea, which start on 9 February, will now be without one of the powerhouses of Olympic sport./BBC