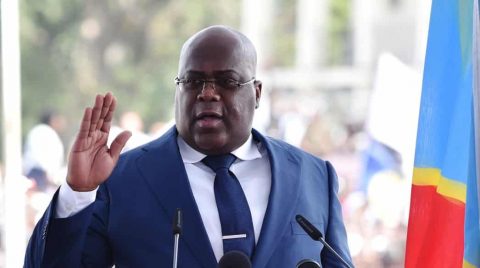 (AFRICAN EXAMINER) – The Democratic Republic of Congo plans to buy legendary musician Papa Wemba’s home and turn it into a museum, President Félix Tshisekedi has said.

In a virtual address to the Council of Ministers on Friday, Tshisekedi directed the Ministry of Culture “to examine as soon as possible the possibility of buying up the residence of the late Jules Shungu aka Papa Wemba and make it a museum where a recording studio will be installed”.

Officials say making the home a national heritage will be an honour to one of the most iconic singers the country ever produced.

Jules Shungu Wembadio Kikumba, widely known as Papa Wemba, was born in 1949. He died on April 24, 2016 after collapsing on stage in Abidjan, Cote d’Ivoire.

His Kinshasa residence, known as Viva La Musica, located in the commune of Ngaliela, could fetch some $750,000.