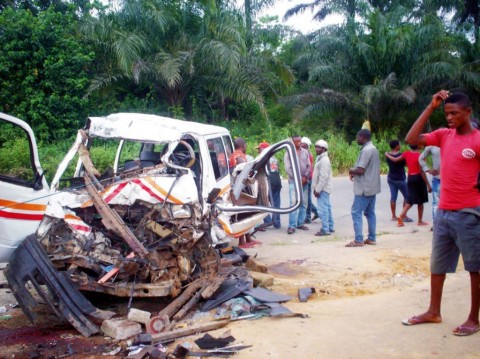 A ghastly motor accident which occurred along the Lagos-Ibadan Expressway, on Friday morning, led to the death of at least 6 individuals.

The accident was reportedly caused by a collision between a moving truck and a faulty truck, which was parked on the expressway. Other vehicles involved in the accident were badly damaged. 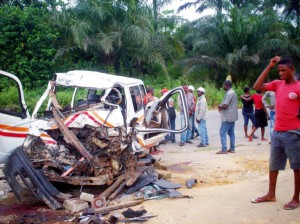 African Examiner leant through an eyewitness, that one of the vehicles involved the accident in which six persons have been confirmed dead was a mini-truck which was conveying labour to a construction site.

A female survivor was pulled from underneath the truck and had since been rushed to a hospital at 7up Oregun area of Lagos but later carried to the Gbagada General hospital for further treatment.

Security agencies, including the FRSC, Nigeria Police and Army have since arrived the scene of the multiple crash to control the situation. Two accidents have occurred recently on the axis, which residents have largely blamed on lack of patience of road the users.