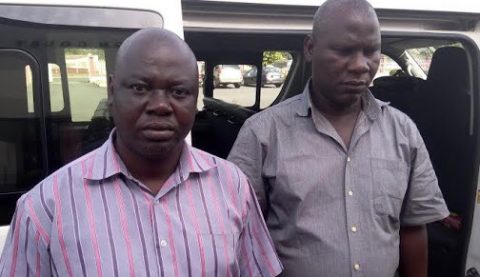 Justice Elkana is being joined with Adamawa State’s Chairman, Justice Multi-purpose Cooperative Society Limited as well as the Secretary, Solomon Philip, on a three-count charge, bordering on “conspiracy and obtaining money by false pretense to the tune of N58.5 Million”.

The suspects were arraigned by EFCC before Justice Balkisu Aliyu due to the petition by one Isreal. C. Nwagbo, an employee of Coscharis Motors. The complainant alleged that he entered into a contract with the Cooperative Society for the supply of 1,846 units of TVC motorcycles for its members.

Nwagbo, told the court that there was an agreement for payment of the motorcycles through monthly deductions from members’ salaries.

The victim also revealed to the court that the accused persons allegedly diverted the said amount for their personal use.

Justice Aliyu had granted the accused persons bail in the sum of N5 million each and adjourned hearing till September 26, 27 and 28, 2016 for commencement of trial proper.