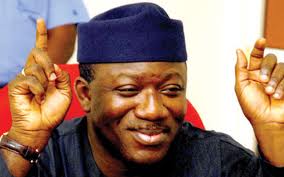 Governor Kayode Fayemi of Ekiti has urged indigenes of the state not to be sacred of heavy security presence, preparatory to Saturday gubernatorial election.

Fayemi made the call this evening in Ado Ekiti during a statewide broadcast. He stated the police and other law enforcement officers were stationed in and around the state to maintain law and order while the election is ongoing.

The Governor who is the candidate of the state ruling party – APC urged the electorates to troop out and vote. He expressed hope that the security operatives would perform their duties to expectation.

While responding to complaint on excess of security men in the state, Police Public Relations Officer, Frank Mba said in Abuja on Friday, that the state was not over policed, justifying that the number was equal to the demand, hence, meant to ensure peaceful conduct of the election.

Also in Abuja, the new national Chairman of APC, Chief John Odigie-Oyegun condemned the detention and harassment of Rivers State Governor, Rotimi Amechi on Thursday in Akure while on his way to Governor Fayemi’s grand rally in Ado-Ekiti as well as prevention of Governors Adams Oshiomole and Rabiu Kwakwaso of Edo and Kano states respectively from flying from their local airports to Fayemi’s rally. Governor Amechi at press conference in APC secretariat in Abuja Friday, narrated his nasty experience with the Military men who turned him back and threatened to kill him if he failed to obey.