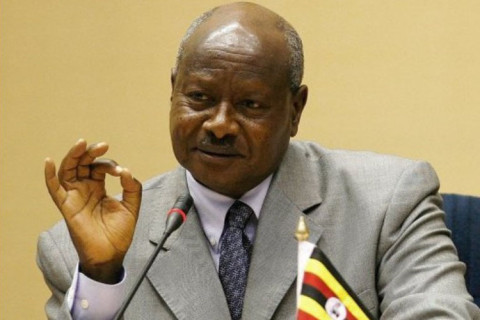 (AFRICAN EXAMINER) – Uganda’s long-time president, Yoweri Museveni, has been re-elected with 58.64 per cent of the vote, according to the country’s electoral commission.

The commission announced this on Saturday afternoon.

Provisional Presidential results from the announcement from Uganda Electoral Commission on Saturday around 9:00 am showed that Museveni was leading.

Ugandans expect the final results of the election later in the day.

Meanwhile, Kyagulanyi has alleged widespread fraud during the election, and has since rejected the results of the election.