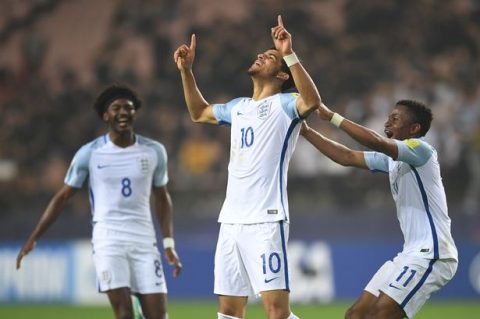 BALTIMORE, MD (AFRICAN EXAMINER) – England has made it to the final, for the first time, of the ongoing Under-20 World Cup in South Korea beating Italy 3-1.

The English side dominated the second half with new Liverpool striker Dominic Solanke who scored twice through a calm equalizer and a long-range strike.

Everton’s Ademola Lookman netted the second goal, from six yards out at 77 minutes of the decisive match.

England finished top of their group, which included a thumping 3-0 win over six-time champions Argentina.

Earlier, Manager Simpson said that reaching the final would be “massive” and their approach and style of play was “changing everyone’s perception of English football”.