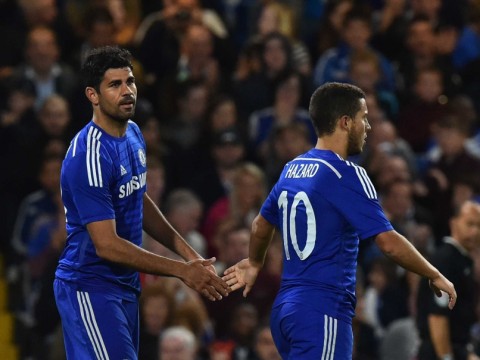 Adeseye Adebiyi – Chelsea football club will be without the service of their top striker Diego Costa for Saturday’s match against the English premier league champions Manchester city, after he was handed a 3 match ban by the independent regulatory commission for a violent conduct for a deliberate stamp on Emre Can.

The Spaniard will also be missing the games against Aston villa and Everton having unsuccessfully contested the charge brought against him on Wednesday by the English football association, though the brazillian born Spanish player have received the full support of his club and have argued contact with Emre Can during the Capital one cup semifinal win against Liverpool fc .

Chelsea football club are disappointed but not surprised by the outcome of their top scorer’s appeal, which was heard on Friday morning with written evidence submitted on his behalf.

The club’s manager Jose Murinho is expected to rest all his hopes on Didier Drogba to lead the striking force till Diego Costa returns.