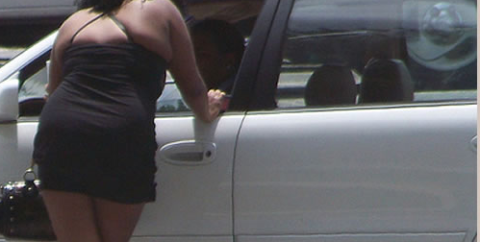 FROM IGNATIUS OKPARA, Enugu – As Commercial sex business continues to boom in Enugu, the coal city, following increasing number of hotels and eatery joints in the area, some students of various tertiary institutions in the state have joined the unholy trade, as they now littered their sexy pictures in most of the hotels.

Such novel idea our Correspondent gathered is to enable them capture high profile customers, especially politicians and business moguls mostly on weekends.

No fewer than ten tertiary institutions are currently in Enugu city.

African Examiner investigation reveals that the students sometime even pay gratifications to officials of some popular hotels, just to allow them make their nude picture album containing their mobile phone numbers available in the reception.

The essence of such unholy pictures according to a staff of one of the famous hotels in the city, who craved anonymity, is also to enable the student prostitutes seduced guest who lodged in such hotels.

An official of one of the hotels, who also spoke to our correspondent off record, said the new strategy makes the business very easy for the students, as they no longer hang around hotels waiting for customers.

He disclosed that once any lodger indicates interest in any of the students, “we contact them immediately with the number attached to the album they gave us”.

For easy patronage, the officials of the hotels draw the attention of lodgers to the sexy pictures of the students prostitutes.

The sexy pictures idea, our further investigation reveals, exposes the   students to big time politicians who also engage them in other deals after the Enugu service.