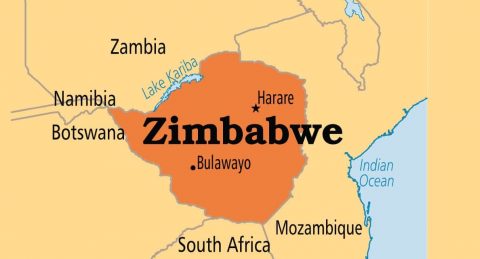 He was speaking in a virtual meeting organized to discuss the situation in Zimbabwe and chat a way forward, at a time when the southern Africa’s nation’s leadership have claimed there was no crisis in the country.

The Mnangagwa government has said the crisis is in opposition’s bedroom.

In the meeting, Khama who has always been a critic of Zimbabwe, said the country is in crisis despite government authorities denying.

“40 years after independence in Zimbabwe the only thing that has changed is the name of the country and leaders. In plain English there is a crisis in Zimbabwe, not just challenges and that’s why Zanu-PF officials used the word crisis 40 times, and Zimbabwean lives matter.” he said.

Khama’s sentiments come as abductions and torture on citizens continue in Zimbabwe, the recent one being student leader Tafadzva Ngadziore who was kidnapped and tortured for demonstrating inform of under fire Impala Car Rental and holding a press conference.

“Repression in Zimbabwe hit a new low as young Zinasu students leader Gadziore, president of the Zimbabwe National Students Union subjected top thuggery and violence for protesting and holding a mere press conference. There is a crisis in Zimbabwe. This barbarism must be stopped. The march is not ended. Zimbabwe lives matter,” he said.

Recently South Africa ruling party ANC sent a six-member delegation to meet its Zanu-PF counterparts but was widely criticized for failing to broker truce between conflicting parties in Zimbabwe.