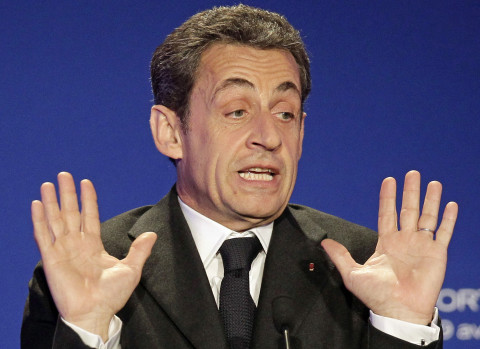 (AFRICAN EXAMINER) – A former French President Nicolas Sarkozy Tuesday was being held in police custody for questioning by Magistrates over allegations of benefitting from Libyan funding for his 2007 election campaign.

In addition, a former Minister and an ally of Mr. Sarkozy, Brice Hortefeux according to a source close to the probe, was also being questioned by police in relation to the Libya investigation..

However, Mr. Sarkozy who served as President between 2007 and 2012 has denied receiving any illicit campaign funding as well as dismissed the Libyan allegations as “grotesque”.

The investigation dated back to January 2018, when a French businessman, Alexandre Djouhri, suspected by investigators of facilitating money from Gaddafi to finance Sarkozy’s campaign was arrested in Britain and granted bail after he appeared in a London court.

The business mogul confirmed the statement credited to Gaddafi’s son, Saif al-Islam Gaddafi, in 2011 that Mr. Sarkozy allegedly accepted millions of euros from him and his father to finance his successful 2007 election run.

The allegations first emerged five years ago, but Takieddine’s claims are potentially damaging because they come days before Sarkozy seeks the Presidential nomination of the centre-right Les Républicains party.

The first round of the party’s primaries, in which Sarkozy was trailing Alain Juppé, the Mayor of Bordeaux, has been slated for Sunday.

Already, Mr. Sarkozy has been ordered to stand trial in a separate matter–relating to his failed re-election campaign in 2012, when he was defeated by the incumbent President Francois Hollande.