Ghana at Centre of Match Fixing Scandal after Undercover Investigation 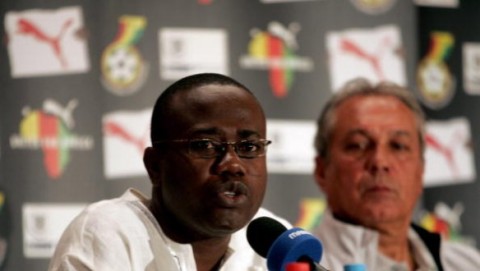 Ghana has been implicated in a match-fixing scandal after an undercover investigation by The Telegraph and Channel 4’s Dispatches programme.

The President of Ghana’s Football Association, Kwesi Nyantakyi, was exposed after he was filmed agreeing to the team playing in rigged international matches, in return for payment of $170,000 per match.

The Telegraph and Channel 4’s Dispatches launched a six-month investigation into match-fixing, after receiving information that suggested that some football associations were working with criminal gangs to rig scores in international games. 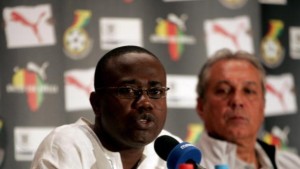 Reporters from The Telegraph went under cover, claiming to represent an investment company that wanted to “sponsor” matches during the tournament.

Christopher Forsythe, a registered Fifa agent and Obed Nketiah, a senior figure in the Ghanaian FA, reportedly bragged about employing corrupt officials who would rig matches played by Ghana.

The president of the country’s football association then met the undercover reporter and finalised a contract which would see the team play in the rigged matches, in return for payment.

The contract stated that it would cost $170,000 (£100,000) for each match organised by the fixers involving the Ghanaian team, and would allow the bogus investment firm to appoint match officials and referees.

“You [the company] will always have to come to us and say how you want it to go…the result,” said Mr Forsythe. “That’s why we will get the officials that we have greased their palms, so they will do it. If we bring in our own officials to do the match…You’re making your money.”

Mr Forsythe said that match fixing was “everywhere” in football and that he could even arrange rigged matches between Ghana and British teams. “The referees can change the matches every time. Even in England it does happen,” he said. “We will always choose associations/countries that we think we can corrupt their officials for all our matches.”

Mr Forsythe and Mr Nketiah then introduced the undercover reporters to Kwesi Nyantakyi, the president of the Ghana FA, during a meeting at a five-star hotel in Miami earlier this month ahead of a match with South Korea.

During the meeting, the president agreed to a contract that stated each match would cost the investment company $170,000 and that they could appoint the match officials for each game.

When they were later confronted about their operation, both Mr Forsythe and Mr Nketiah denied any involvement in a plot to fix matches. Mr Nketiah said: “These are false allegations and I will never in my life do such a thing.”

Mr Nyantakyi said that he had not read the contract and he did not know about the deal to fix games. He said that the proposed match would have been handled by a licensed Fifa match agent and that he was unaware that Mr Forsythe had demanded £30,000 for the football association.

Issuing a statement Mr Forsythe, said: “To be frank everything I told you about the match fixing was a figment of my own imagination because I am so naive that I don’t even know how matches are done. They were promises just to be able to get something off you.”

The Ghanaian FA announced it has asked the Ghana Police Service to investigate Mr Forsythe and Mr Nketiah for “misrepresenting the GFA with an attempt to defraud”.

The football body has also reported the matter to FIFA and CAF.

In a statement, it said: “We wish to assure the public that we will not tolerate such misrepresentations and we will seek strong sanctions against such individuals if such claims are found to be true.”

Last week saw the first convictions of criminals in the UK for attempting to rig football matches, following an earlier investigation by this newspaper.

Chann Sankaran and Krishna Sanjey Ganeshan, businessmen from Singapore, and Michael Boateng, a former professional footballer, were found guilty of match–fixing after a six-week trial.

Instances of match fixing ahead of the 2010 World Cup in South Africa had prompted FIFA and its partners in the betting and law enforcement agencies to monitor all friendlies ahead of this World Cup.