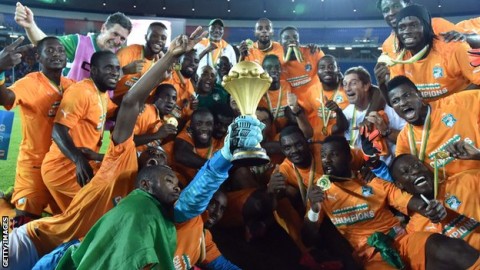 The 2015 AFCON competition ended Sunday in Equatorial Guinea with the emerging the current Champion as they defeated their Black Stars of Ghana counterpart in Bata, with 9-8 penalties.

The game extended to penalties as it ended goalless after the extra time. The African defending Champion Goalkeeper Boubacar Barry took the last penalty which led to the Elephants to their victory and AFCON second title.

It would recalled The Ivoirians in 2006 lost to Egypt with goals 4-2 in penalties in Egypt 2006, while in 2012 continental football tournament was defeated with 8-7 by Zambia, in a football competition jointly hosted by the Equatorial Guinea and Gabon.