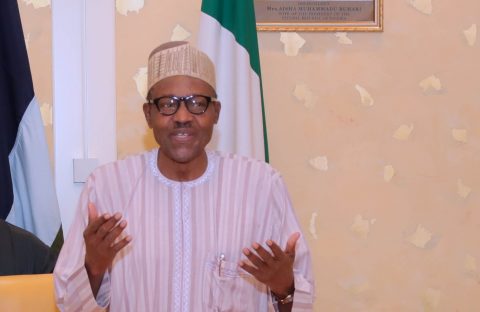 (AFRICAN EXAMINER) – The Senate has urged the Federal Government to declare a State of Emergency in the country due to security challenge.

The Senate’s resolution was followed to a Point of Order during Wednesday’s plenary by Sen. Sani Musa (APC-Niger) on “The abduction of students of Government Science School (GSS) Kagara, Niger.”

The upper chamber urged President Muhammadu Buhari to consider the recommendations of Senate ad hoc Committee on Nigeria’s security challenges dated March 17, 2020 as well as Senate’s resolution thereof as a holistic response to the security challenges in the country.

Standing on Orders 42 and 52 of the Senate’s Standing Rules, Musa expressed sadness over the abduction of the students at the school in the early hours of Wednesday.

The bandits dressed in military uniform attacked the boarding school, overpowered the security guards and whisking away the students.

“The number of students kidnapped is not yet known as head count is being conducted in the school to ascertain the actual number of those missing; the school has a population of over a thousand students.

“Security aircrafts have been hovering in the air to track the location of the students,” Musa said.

Sen. Bima Enagi (APC-Niger) said that virtually all states in the country had experienced one form of security challenge or the other.

“Where are we heading to in this country; what else do we need to do as lawmakers that we are not doing.

“This issue has been discussed over and over again and there is no improvement. Are we going to amend the Nigerian Constitution to give more powers to go and be chief security officers in their various states,” he said.

He urged government to create economic activities that would engage unemployed youths to check criminal acts.

Sen. Sabi Abdullahi (APC-Niger) said the abduction of the students was yet another sad event which every citizen must be concerned about.

“This is worrisome. It calls for a strong action. Let us remember that Niger is next to FCT. If we believe we are comfortable in FCT, we should begin to understand that if they are in Niger, they are as well in the FCT,” he said.

President of the Senate, Ahmad Lawan said the issue had been debated on many occasions by the Senate.

“We have debated on this several times and today we are still talking about it.

“While the security agencies are doing their best in the very difficult circumstances they find themselves.

“Our security agencies operate with very scanty resources in terms of personnel and funding,” he said.

Lawan called for more funding for security agencies to enable them tackle security challenges in the country.