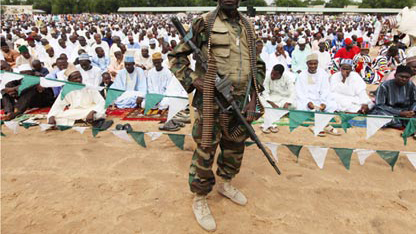 In its efforts to ensure a hitch free Sallah celebration, the Special Task Force (STF) responsible for the maintenance of Peace in Plateau State, has reminded Muslim faithful that the ban on the four contentious praying grounds in the State is to be maintained on Sallah. 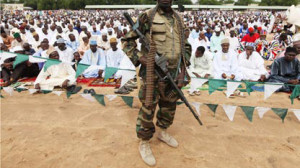 This was stated in a press statement signed by the spokesman of the STF, Captain Salisu Mustapha and made available to journalistson Monday in Jos.

Capt. Salihu advise worshipers to pray at grounds nearest to them and should not carry any form of weapon while going or returning from Eid Prayers.

According to him, “The status quo regarding the contentious prayer grounds at Barkin Ladi, Rukuba road, Kwanan Soja and Dadin Kowa is to be maintained during the coming Sallah prayers.

It would be recalled that these praying grounds have been barred for prayers due to security challenges that had hitherto threatened prayers at the aforementioned grounds.

The statement went further that, security agents would also intensify vehicular search at all checkpoints across the State.

Adding that, “Fire works, Knock outs, bangers and burning of tyres in the State during the festive period are not allowed.

Vehicles are banned from entering premises of recreation centers during the Sallah celebrations.

The statement advises religious leaders to sensitize their followers particularly the youths not to engage in acts that could disrupt the celebration.