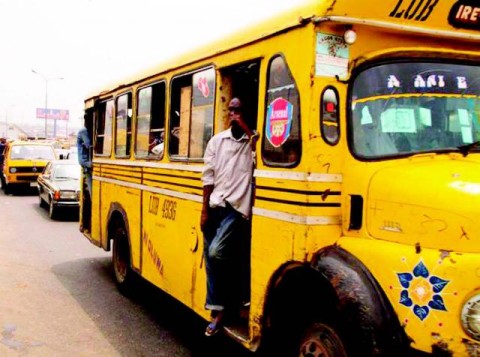 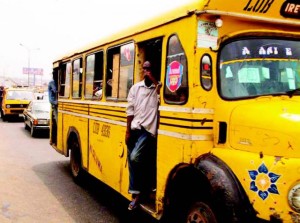 The Lagos State Government has outlawed the 911 buses, popularly known as Molues from plying all routes on Lagos Island.

The ban takes immediate effect as officials of the Lagos State Traffic Management Authority (LASTMA) have been drafted to impound any molue found on the Island henceforth.

The government said it took the decision to ensure adequate monitoring of the operations of commercial vehicles in compliance with the road traffic law.

At a meeting with the Branch Chairmen of the Lagos Urban Bus Owners Association of Nigeria ( LUBON), the operators of molue buses on Wednesday in Oshodi, Lagos, Nigeria, LASTMA General Manager, Engr. Babatunde Edu said the ban on molues from plying all routes on the Island supposed to have commenced on August 19, 2012, but that the government, being responsive shifted the enforcement to this month.

He said molues, henceforth are banned from plying all link bridges into the Island, such as the Third Mainland, Eko and Carter Bridges.

In his words: “Although the new directive had become effective since 19th of  August, 2012, but Lagos State being a responsive and responsible government which believes in enlightenment before enforcement therefore decided to shift the enforcement  to 4th of this month.

“The officials of the Lagos State Traffic Management Authority have been mandated to ensure strict directive and impound any such vehicles after September 4, 2013 that is found to have flouted the directive.”

Edu, however, said molues could ply other routes in the state, but that they should not come to Lagos Island Central Business District (CBD) anymore.

“By this decision, it does not mean that the Lagos State Government has banned the operations of Molue in the State, but rather it has restricted their operations to areas like Orile, Iyana ipaja, Mile 2, Mile 12 and others,” he clarified.

He appealed to molue operators to voluntarily comply with the new directive as government would no condone illegality. Some of the prohibited routes are Iddo, Ebute Ero, Apongbon,
Obalende, Idumota, CMS, Onikan and so on.