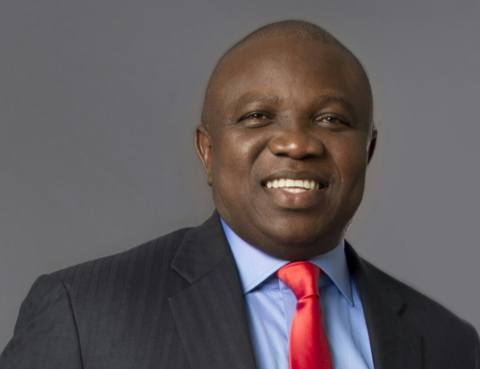 Some of the Lagos State Governorship candidates including the main opposition All Progressives Congress (APC), Akinwunmi Ambode and the ruling Peoples Democratic Party (PDP), Jimi Agbaje have pledged to look seriously into the agenda of the state Muslim community and attend to them appropriately if elected into power.

Messrs Ambode and Agbaje with their National Conscience Party (NCP) counterpart, Comrade Ayodele Akele made the promises Sunday in Ikeja, the State capital at the Muslims Pray For Peaceful Elections in 2015, put together by the Joint Muslim Forum (JMF).

The APC candidate, Ambode who noted that the Muslims’ demands were about bringing and achieving good governance, said the issue relating to use of Hijab by the female Muslim students in the State public schools would be given due attention, while his administration would provide the leadership that was “trustworthy”.

“We shall all sit down together to address the best approach to stop the injustice being meted out to all, irrespective of religion faith or tribe”, assured Ambode.

He maintained his government would subscribe to the Muslims’ 13 – point agenda as presented at the prayer session, adding he and his running mate would adopt “collective approach” to address and resolve pressing issues affecting residents of the State.

Agbaje who was represented by his running mate, Alahja Safuratu Abdul kareem held if elected into power, his government would ensure that Muslims were not short changed. However, Mrs Abdul Kareem stated she could not give commitment to demand for the State’s Sharia division but would channel it to her boss – Mr. Agbaje.

The NCP Governorship candidate, Comrade Akele stated in his remarks that he was in a total solidarity with the Muslims on their demands and promised if elected, his government would provide 50,000 mass transit buses to ease transportation system in the State.

In the 13 point – Muslim agenda, Professor Ishaq ‘Lakin Akintola advocated that the State government should allow the use of Hijab by the female Muslim students in the public schools, saying it was a matter of fundamental and civil rights. He contended that the present school uniforms was an imposition of the colonial masters when they arrived Nigeria in 1775 – 800 years after Islam came to the country in the year 1085.

Preventing students to study their religion, Professor Akintola who is also the Director of the Muslim Rights Concern (MURIC) would lead to turning out of “half-baked and ignorant Muslims who perpetrate Boko Haramnisim, extremism and fanaticism”.

The academia also called on the incoming State government to ensure incorporation of Muslim prayers into the schools daily devotion; that every Muharram 1, of Hijrah calendar to be declared public holiday; creation of the State Sharia division; the State Corona Law to be reviewed such that the Muslim corpses were released on time as the religion required burial of the dead latest, 48 hours after; the State cremation Law to be abolished; ensure balance appointment in all careers and political offices without putting Muslims at disadvantage.

Professor Akintola demanded among others, declaration of Fridays as half day, for the Muslim families to have enough time to worship like their Christian counterpart on Sundays and to stop state decoration with public funds during Christmas and New Year festivals or modified the policy, such that similar gesture was extended to the Muslims during their festivity periods.

In an interview with the AFRICAN EXANINER, both Professor Akintola and JMF Steering Committee Chairman, Alhaji Thabit Wale Sonaike said the body position on recent declaration on “No Hijab, No Vote”, remained.

While the MURIC leader argued that there was no need going to court in the first place over the matter as he maintained it was a “civil right issue”, Alhaji Sonaike confirmed that JMF has appealed against the ruling of the Ikeja High court baning the use of Hijab, and posited irrespective of the promises made at the event by the various governorship candidates and the “status quo”, that the body would sustain its struggle on the matter.

Alhaji Sonaike who is also the Deputy National President of The Companion, an association of The Muslim men in businesses and professions admitted for now and despite the ruling, there was a “relative peace” in the State public secondary schools on the issue, as there was no case of “intimidation, molestation or harassment”.

He corroborated Professor Akintola regarding the virtues of Hijab wearing by female students, when he held that the apparel promoted moral and prevented female Muslim students from being approached indecently by their male counterparts.

Professor Akintola contended that it amounted to injustice on the fundamental human right of a Muslim female student who was asked to relocate to the Northern part of the country in order for her to exercise her religion right, insisting that the trend must be checked and corrected as well as saying the State Muslims were not “rabble rousers”, hence, would vote for the candidates that pledged to accord due respect to the faith, its adherents and practice, without intimidation.

The event was also attended by the State SSG and running mate to Ambode, Dr. Idiat Adebule, the State Chief Imam, Alhaji Ibrahim Garuba, among many prominent Muslim clerics and professionals in the State.