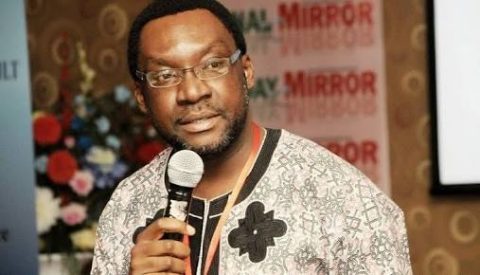 State Commissioner for Information and Strategy, Mr. Steve Ayorinde Sunday declared that one of the “cardinal direction” of Governor Ambode led administration was to “invest in capacity development of government officials who are major stakeholders in articulating his plans, programmes and policies for the development” of the State.

Ayorinde stressed that the Governor was specifically interested in the way and manner activities of the government is communicated to Lagosians including people at the grassroots and would continue to support the Public Affairs Officers in honing their skills to help in achieving the objective for better service delivery.

The commissioner made the points while declaring open the second stream of the retreat programme organized for Public Affairs Officers in the employ of the government.

On change in nomenclature from Public Relations Officers to Public Affairs Officers, the Commissioner said the government expects public involvement in information management in line with the pledge made by the Governor during his inaugural address to run a government of inclusion.

He therefore called for improved commitment to duty from the officers urging them to go extra miles in gathering information that would project the state government better and also benefit members of the public.

Giving the overview of the retreat, the Director of Public Affairs in the Ministry, Mrs. Adetoro Oladapo said that the programme was organized to boost the capacity of officers especially with their new nomenclature, standardize public affairs practice, provide opportunity for officers to network and also jointly provide solutions to challenges confronting them.

She indicated that the theme for the retreat ‘’Public Sector Information Management in Challenging Times’’ was deliberately chosen to equip the officers with needed skills to communicate government activities to the diverse residents of the State.