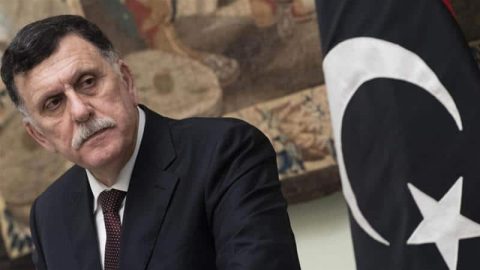 “The Prime Minister reiterated that any ceasefire must ensure that the attackers (east-based army) do not remain in any location that allows a new aggression,’’ the statement said.

Serraj’s UN-backed government has been engaged in a deadly armed conflict for more than a year against the east-based army in and around Tripoli.

The meeting also discussed the return of Italian companies to resume suspended projects in Libya.

It stressed the necessity for resuming Libyan oil exports under the supervision of the UN-backed government’s National Oil Corporation (NOC), the statement said.

The east-based army has been blocking oil exports for months, demanding transparency in the distribution of oil revenues.