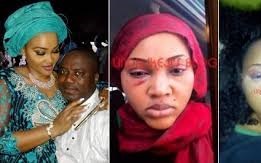 He will be in custody until he fulfils his bail terms.

He was arraigned on a three-count charge of breach of public peace, assault and causing his wife grievous bodily harm.

Prosecuting Inspector N. Peter told the court that Gentry on April 17 conducted himself in a manner likely to cause breach of peace by constituting nuisance and behaving in a disorderly manner in a public place.

According to the prosecutor, Gentry unlawfully assaulted Mercy Aigbe by punching her all over the body.

Magistrate Aje-Afunwa granted him N500,000 bail with two sureties in the like sum.

She ordered that the sureties must show proof of tax payment and own a  house in Lagos with title documents.She adjourned till Friday./Vanguard