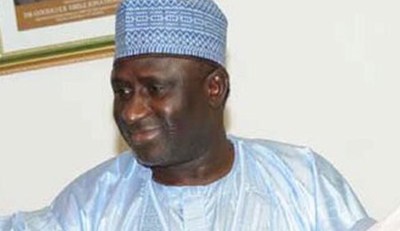 The Baraje led defunct nPDP now part of  All Progressive Congress (APC)  recently has raised alarm over the spending spree of the Honourable Minister of Transport, Senator Idris Audu Umar, which has assumed a frightening dimension in the past one month. 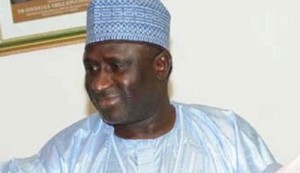 “We cannot help but raise the alarm over the spending spree of the Honourable Minister of Transport, Senator Idris Audu Umar, which has assumed a frightening dimension in the past one month”.

The group in a release today in Abuja by its publicist, Eze Chukwuemeka Eze noted that Senator Idris Audu Umar has in the past one month distributed over 50 special cars and over 150 motorcycles to politicians in his home state.

“Minister Umar, who hails from Gombe State, has in the past one month distributed over 50 special cars and over 150 motorcycles to politicians in his home state in addition to sharing over N50 million to them. He has also extended the largesse to the Emirs in the state in his bid to make them partisan as opposed to maintaining political neutrality as demanded by their status as royal fathers” the group explained.

Continuing, the faction observed that Minister Umar has of late been using private jets during his visits to Gombe.

“Our rough calculations indicate that the Transport Minister has frittered away billions of naira in his spending spree” the statement alleged.

The statement asked: “From where is Minister Umar getting all these funds that he is recklessly spending? We are not against him supporting the Peoples Democratic Party (PDP) in its desperate bid to rebuild its crumbling house and the 2015 political aspiration of President Goodluck Ebele Jonathan, but must our common patrimony be looted to achieve this? We recall that Governor Babangida Aliyu of Niger State recently alerted Nigerians that some 400 northerners have been corrupted and handed a heavy financial war chest with which to promote Jonathan’s 2015 presidential aspiration. A similar allegation had also been made by the Pan-Northern group, the Arewa Consultative Forum (ACF). One of the unnamed beneficiaries of the said bribe may have unwittingly exposed himself! Where is the Economic and Financial Crimes Commission (EFCC)?”

“Former South African President Thabo Mbeki recently described how corrupt the Nigerian leadership is. Are our leaders not ashamed of this shameful categorisation? This is very sad and unfortunate considering that the Federal Government could not honour the agreement it voluntarily reached with the Academic Staff Union of Universities (ASUU) since 2009, thus forcing the closure of the country’s universities for over five months now.

“Even if they no longer have a sense of shame and are not moved by the trauma to which they have subjected the majority of Nigerians, who are wallowing in poverty, our leaders should remember that there is always a day of reckoning. As the old adage goes: Every day for the thief, one day for the house owner!”