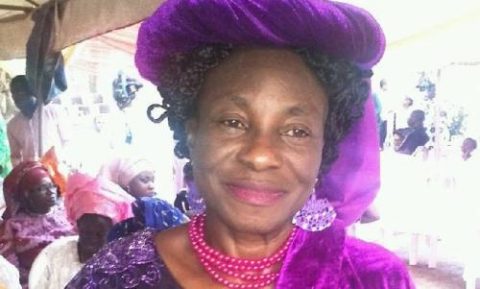 She reportedly died late on Easter Monday while returning to Lagos from an official trip when her car rammed into an articulated vehicle at the Sagamu along the Benin- Ijebu-Ode Express Road.

NT Director of Business Development, Mr. Abiodun Abe, confirmed the development to the NAN Tuesday through a telephone interview.

Abe confirmed that the NT Public Relations Officer Mr. Steve Ogundele and other management staff were taking the corpse of the deceased to Ilorin, her home town.

He added that the management of the NT would soon issue a press statement on her funeral details.

Late Oyedepo according to reports assumed duty as the NT CEO on April 22, 2018.

Among the early reactions that trailed the death came from an artist, Pelumi Lawal. He lamented that it was sad that the deceased was returning from Calabar only to die around Sagamu.

“She had begun to transform the National Theatre to its pride of place within the last year of her leadership.

“She was indeed doing a good job without making noise.

“The toilets and the air conditioners at the National Theatre’s halls have begun to function well. All these were to her credit.

“She was a very humble and a hard-working administrator who used to listen to people’s advice on how to move the NT forward.

“It pains me that we have lost such a great woman.

“May she rest in peace,” Pelumi mourned.