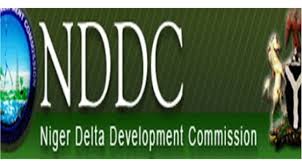 Speaking while handing over the preliminary report and documents of the verification exercise to the lead consultants of the audit, Olumuyiwa Basiru & Co., at the NDDC headquarters in Port Harcourt, the Acting Managing Director, Professor Kemebradikumo Pondei, disclosed that over 8,000 projects were captured throughout the nine states.

Pondei noted that one of the key mandates given to the Interim Management Committee, IMC, was to prepare the grounds for the Forensic Audit of the activities of the Commission for the period 2001 to 2019.

He said: “Between January 20th and February 7th 2020, the Commission (under the previous Interim Management Committee) carried out a verification exercise in which Contractors with claims of genuine contractual relationship with the NDDC were invited to come with relevant documents supporting their claims, for verification.

“In all, over 8,000 projects were captured during the periods of the capturing/verification exercise and documents submitted were captured against pre-defined criteria on a data sheet per project (Contract Verification Checklist) which were thereafter uploaded on the Commission’s server and cloud-based system.

“It will enable us bring to account those who misappropriated the commonwealth. It will equip us with the relevant insight to institute procedures and processes to guarantee that the Commission realizes the vision of its founders.

“That vision can be interpreted as the rapid development of the Niger Delta to create an economy that will serve the needs of its people long after the oil resources are gone.” Pondei said