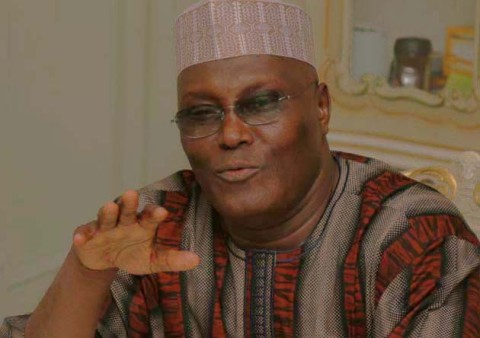 Former Vice President Atiku Abubakar has  blamed politicians for playing up the ethnic and religious differences for personal advantages stressing that this attitude, puts the unity of the country under a severe strain.

The former Vice President, however, noted that Nigerians should not lose hope in the country, stressing that the country could get out of the woods if leaders are elected on the basis of their competences rather than primordial considerations. 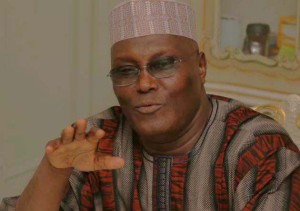 He said the consequences of misgovernance and poor leadership have no ethnic and religious borders.

After 54 years of nationhood, Atiku lamented that the ordinary Nigerians are still lamenting what independence meant to their lives because of the widening gap between the leaders and the people.

In a statement issued in Abuja by his media office, the former Vice President noted that many Nigerians were concerned about how democratic governance has changed the quality of their lives for the better.

He regretted that the rate at which poverty is ravaging Nigeria is inconsistent with the vast resources available to Nigeria.

According to him, the country’s wealth does not automatically lead to better life if good governance is lacking.

Atiku said the rate at which unemployment is accelerating among Nigeria’s youth, creates youth restiveness, which itself lead to other social crises such as armed robbery and other violent crimes.

At 54, he said, Nigeria should have counted among countries that have lifted its citizens out of poverty.

The former Vice President also noted that a situation where the leaders are getting richer at the expense of the people while the ordinary citizens are becoming poorer is a bad omen for the country.

He recalled that even before the current grim security challenges, poverty, disease, hunger and unemployment were dominant features of the country’s challenges of development.

As the sixth largest oil producer in the world, Atiku insisted that Nigeria has no excuse for failing to lift its people out of poverty.

According to him, “we should not expect individual leaders to rise above their own level of competence. Those seeking elective offices must be adequately prepared for leadership; they must be people with vision and commitment.”

Atiku Abubakar warned that unfulfilled promises leads to disillusionment, thereby creating disconnect between the leaders and the led.