Over 24,000 Ogun Women To Benefit From N400m Govt Revolving Loan

No fewer than 24,000 Ogun State women are to benefit from the N400m micro-credit revolving loan scheme which the State Ministry of Women Affairs and Social Development in conjunction with ECObank Plc is disbursing. 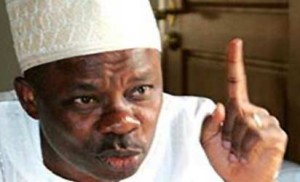 Commissioner in charge of the Ministry, Mrs. Elizabeth Sonubi who made this known in a chat with newsmen in Abeokuta indicated that beneficiaries are to be given funds ranging between N20, 000 and N200, 000

According to her, the N400m loan is the third phase of the revolving scheme given to women involved in petty trading and small scale businesses to boost their operations and empower them to perform their roles as wives and mothers more effectively.

“This gesture on revolving loan is to assist beneficiaries who are basically women to expand their businesses, make them productive and self-reliant so that they could also assist their husbands and discharge their motherly roles effectively at the home front’’, she disclosed.

She recalled that in the first two phases during which the sum of N300m was disbursed, about 10,000 women benefited, assuring that the Ministry would continue to embark on activities that would make living better for all and sundry in the State.

The Commissioner stated that the loan attracts a single digit interest, adding that Non-Governmental Organisations working on micro-credit and reputable micro-finance banks are implementing partners to disburse to beneficiaries spread across the State.

Also speaking, the Public Sector Head, Lagos and South West Region of ECObank, Mrs. Mojisola Oguntoyinbo said the decision of the bank to continually increase funds for the loan scheme from N100m in the first phase to N200m in the second and now N400m, was borne out of the desire to partner the State Government which had amply demonstrated its commitment to empower women.

She revealed that beneficiaries of the first two phases had paid up the loans they collected, saying this is a good development that would encourage her bank to do more for them in this respect.