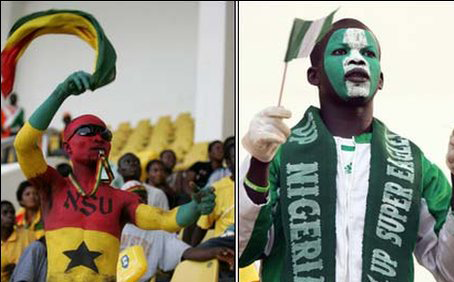 The stage is set for a titanic encounter between traditional rivals, Nigeria and Ghana in what promises to be a thriller as the two West African giants battle for a spot at this year’s African Nations Championship grand finale in South Africa. 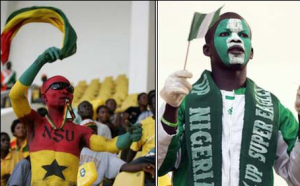 To reach the semi-finals, Stephe Keshi’s team has scored 12 goals in four matches, recording four against two opponents, the latest coming from the historic quarter-final comeback against the Atlas Lions of Morocco.

However, the Super Eagles defense look shakier as the tournament progresses, letting in eight goals in four matches. This unresolved technical deficiency may be the only obstacle that will prevent the Nigerians from achieving their dreams of adding the African Nations Championship (CHAN) to the AFCON trophy the country won last year.

The story is directly opposite in the Ghanian camp. What the Eagles lack in defense is Ghana’s greatest weapon, as the coach Maxwell Konadu boys have conceded only a goal in the entire tournament, so far.

Unlike the Eagles, however, Ghana’s attacking dearth is their greatest undoing. The team has only managed to score a goal in each of their previous matches.

It must be said that encounter between Nigeria and Ghana usually cannot be predicted, as it’s a derby that most produces strange and unexpected result irrespective of who play better, so, fans from both countries can only have their fingers crossed and hope that the god of soccer favour their team on the day.