The Nigerian Senate has condemned the bomb blast, which occurred in the early morning on Monday at the Nyanya motor park describing it as callous and wickedly acts. 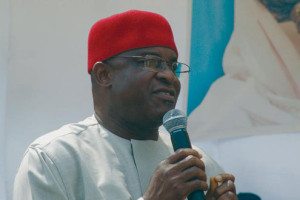 The blast which led many dead and others injured has been blamed on the boko haram insurgency, which has sprawled through the north eastern part of Nigeria and has resulted in the destruction of lives and properties in the area.

Former governor of Kwara State, Senator Bukola Saraki who decried the attack has called for a joint meeting of leaders from all political divides, religious and opinion leaders to deliberate on the nation’s security plight.

“Yet again, we are faced with another great loss of innocent lives at the hands of terrorists in Nigeria. It’s baffling and heartbreaking that scores have been feared dead on a Monday morning attack in Nyanya overhead bridge in the outskirt of Abuja; the growing insecurity which has spanned over three years unabated has threatened the unity of the nation, and weakens our socio-economic and political strength. The Senate therefore, consoles the families of the dead and wish the wounded quick recovery while also urging Nigerians to remain steadfast as the Government intensifies effort to tackle the ugly menace “, he said

“It is unfortunate that in the face of this growing insurgencies, the Federal Government has been unable to overcome the challenge and provide adequate and holistic approach to security for the lives and properties of Nigerians.

“Beyond usual promises and consolations to the masses, the Federal Government should improvise and adopt advanced security measures and counter terrorism strategies that can provide adequate security in the nation. There is an urgent need for political cooperation across the board. I call on Mr. President to call a joint meeting of leaders from all political divides, religious and opinion leaders to deliberate on the nation’s security plight.

“Enough of rhetoric and workshop or summit on security matter. What we need now is action and commitment. I believe that for the sake of the innocent lives our political resolve must be as strong as the military option.

“I sympathize with the families of those affected and pray Almighty Allah comforts them.” Said Saraki

Also, in a Statement, Senator Enyinnaya Abaribe stated that the attack should prick Nigeria’s collective consciousness.