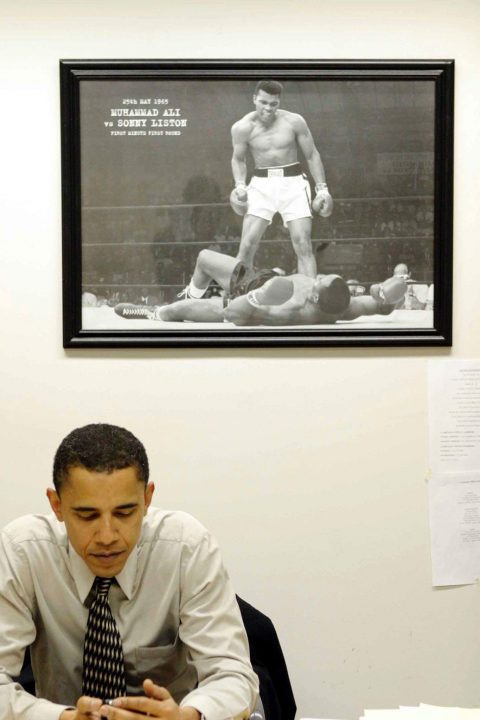 Obama in his condolence message Saturday declared “Muhammad Ali shook up the world. And the world is better for it”.
Ali, the three-time world heavyweight champion and one of the world’s greatest sporting figures – died Friday at age 74 in a hospital in Phoenix, Arizona.
He had since been suffering from a respiratory illness, which was worsened by Parkinson’s disease.
His daughter, Maryam, while reacting said she was happy her father was no longer struggling, saying he is in better place and “God is the greatest”.

Late Ali was born in Cassius Marcellus Clay, 17 January 1942. He engaged in 61 fights in a 21 years successful professional career. Of his fights, Ali won 56 including 37 knockouts
He is to buried in his hometown, Louisville, Kentucky.