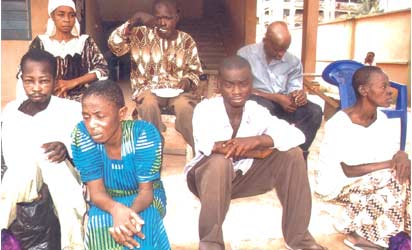 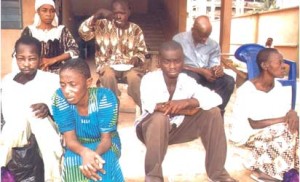 Victims of the deportation exercise carried out by the Governor Babatunde Fashola led administration in Lagos State few months ago, have instituted a 1 billion naira civil suit against the government before a Federal High Court sitting in Lagos.

The Court 4 presided over by Justice Anumogobia is expected to begin hearing of the case on January 29, 2014.

African Examiner, recalled that Lagos State Government had on July 24th 2013, deported a total of 76 people alleged to be destitute from Lagos to the commercial city of Onitsha, Anambra state.

The suit was filed by seven of the deportees, namely, Joseph Aniebonam, Osondu Mbuto, Osondu Agwu, Nnenna Ogbonna, Emily Okoroariri, Friday Ndukwe and Onyeka Ugwu as the applicants, on behalf of others, while the Attorney-General of Lagos State and the Commissioner of Police, Lagos State are the respondents.

In the motion filed on their behalf, through their legal counsel, Chief Barrister Ugo Ugwunnadi, an Onitsha-based legal practitioner, the applicants are praying the court to declare that they, as Nigerian citizens are entitled to the enjoyment of their fundamental rights as provided for in Sections 34, 35, 36, 37, 40, 41 and 42 of the 1999 Constitution, as amended.

They (applicants) are also seeking a declaration of the court that their arrest and detention in various camps, Oshodi rehabilitation centre, police cells and prisons, within Lagos State for no offence known to law and without trial and conviction by a court of competent jurisdiction, amounted to a serious breach of their rights as provided for in the relevant sections of the constitution, saying such action was illegal, null, void and unlawful.

The victims also sought an order of the court to declare that their deportation from Lagos State of Nigeria to Anambra State of Nigeria on July 24 amounted to a gross violation of their rights and a breach of the provisions of the 1999 Constitution, as amended.

They noted that the court should mandate the first respondent to re-absorb and accommodate the applicants within Lagos State of Nigeria since they are Nigerian citizens and are entitled to reside in any part of Nigeria, including Lagos State.

The applicants equally sought a perpetual injunction restraining the respondents, their agents, privies, subordinates, workers and officers, howsoever called, from their further deportation or refusing them free entry into Lagos and free exit therefrom, as well as an order mandating the respondents to tender a written apology to them by publishing the apology in the following newspapers: Thisday, Vanguard and Daily Sun continuously for 30 days, from the date of the first publication, for unlawful and gross violation of their constitutional rights.

Also in their written address, the victims, noted that the issue for determination is whether the action of the respondents in arresting, detaining and their subsequent deportation from Lagos to Onitsha, Anambra State is justified in law, in view of the supreme provisions of the 1999 Constitution of Nigeria, adding that if the issue is resolved in the negative and against the respondents, the applicants are entitled to the reliefs sought.