OPINION: EU-UK Dilemma, But Africa’s Worse Off, By Owei Lakemfa 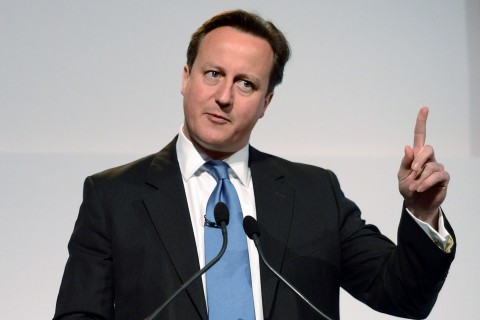 BALTIMORE, MD (AFRICAN EXAMINER) – British Prime Minister, David William Donald Cameron, 49, bounced around Friday, February 19, 2016  like a Caesar  who had just won a decisive battle. After two days of grueling talks with his European brothers and sisters during which he was reported to have had only three hours sleep,  he snatched an agreement giving the United Kingdom special status in the European Union (EU)

Cameron who has been in power for six years, returned to London in triumph and convened a cabinet meeting next day; the first time the British cabinet was meeting on a Saturday since the Malvinas/Falkland War thirty years ago. But he may well be declaring war within his party as he announced a  June 23, 2016 Referendum on whether Britain would stay or exit the EU.

Cameron had taken on the EU and won  demands such as restricting migrant Europeans from swooping on the  British  welfare system, getting child benefit or  credit for  children living abroad. The EU also agreed that Britain will not join the Euro Zone and can opt out of its  “ever closer union” policy. The Union furthermore, agreed that national parliaments can  block unwanted European legislation.

However, not a few see the ‘special status’ as an empty package. Jeremy Corbyn, leader of the opposition Labour Party  said ” Despite the fanfare, the deal that David Cameron has made in Brussels on Britain’s relationship with the EU is a sideshow”  But he promised Labour will campaign for Britain to remain in the EU.  The UK Independence Party (UKIP) is of course campaigning for an exit.

But Cameroon’s main challenge appears to be  within  his party. Five  members of his cabinet; Andrea Leadsome (Energy) Ian Duncan Smith (Works & Pension) John Whittingdale (Culture) Theresa Villiers (Northern Ireland) and Michael Cove (Justice) opposed Cameron.   They want a Britain that can freely elect its own government, make its own laws and set its own rules without a big brother EU watching over its affairs. As punishment, Jeremy Heywood, the Cabinet Secretary says the Civil Service will not provide the Brexit Ministers briefings or support on the issue.

Chris Grayling, the Leader of the House of Commons is also opposed to Cameron as is the Conservative Mayor of London, Boris Johnson who told Britons that a vote to exit EU is an historical opportunity they may never have again in their life time. A furious Cameron opened fire on the Mayor accusing him of wanting Britain out so that he  can take over the Tory Party. Referring to Johnson,  he said “I won’t dwell on the irony that some people who want to leave in order to remain…I do not know any [couples] who have begun divorce proceedings in order to renew their wedding vows.”

The Union in awarding Britain a special status, does not want any part of the continent exiting. To the EU, Britain is  like a   wandering sheep that needs to be kept within the flock so it won’t influence others like Netherland where 53 percent  now want a referendum.  It is aware that Scotland and Wales who feel marginalized in the British union, may not  lose much sleep exiting a larger union. What the EU did was to give Cameron and other pro-EU Britons some ammunition to defend their position. But it is conscious of the fact that very  little had been conceded to Britain which in any case is neither in  the Euro Zone nor in Schengen.

German Chancellor Angela Merkel  said “I do not think that we gave too much to Great Britain” Actually, EU gave very little, and  I think Cameron’s sense of triumphalism is more of drama.

Whatever the case, Cameron is in a fight for his political future while Britain and the EU are in a dilemma. But this is far better than the state of Africa  which  remains like a man-child. Ironically, in terms of integration and building a common union like the EU, a significant part of Africa was far ahead of the Europeans.  When as Secretary General of African Workers I addressed the 14-nation Trade Union Federation Of Eastern Africa (TUFEA) Conference on  October 1, 2013  in  Mombasa, Kenya, I reminded  the labour leaders that their region had a union which was more advanced in its day than that of the  Europeans.

Europeans began to work towards integration (EU) with the signing of the Rome Treaties in 1957. These gave birth to the European Economic Community (EEC) It took ten years before the EEC was transformed into the European Community (EC) which worked towards the abolition of tariffs. That same 1967, the East African Community (ECA) was born by Kenya, Uganda and Tanzania. Within a very short period, it became  a more advanced and integrated community than the one in Europe which was bogged down by bickering and politics especially  with France’s determination to gate out Britain. The ECA developed fast with its East African Community Market which included a customs union, integrated rail, port, aviation, data and  telecommunication facilities as well as a Development Bank. It was the model that all others including the European Community sort to copy.

Unfortunately, political intrigues set in and the 1971 coup by Idi Amin sounded  the death knell; Tanzania refused to recognize Amin, and gave asylum to ousted President Milton Obote and opposition figures. Consequently,  the  ECA could not meet, and it collapsed in 1977. With that, Africa missed the train to fast track  integration while the EU sped past. Today, the  challenge in Africa remains how to get the continent to the ECA standard of four  decades ago. The ECA story reads like fiction. But it is a true one, and if East Africa could do it then, there is no reason why, with better communication and in a globalized world, Africa cannot do it today. Primarily, what this requires is the political will leaders like Kwame Nkrumah exhibited half a century ago.  Fortunately, we do not need to rely on the slower rail system of the 1970s; this is the age of the bullet train, and Africa can catch it and accelerate towards full integration.