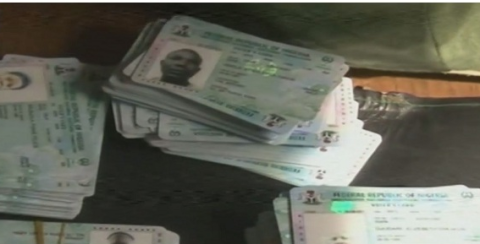 Ayodele Afolabi, Abuja – The All Progressives Congress Presidential Campaign Organisation (APCPCO), has frowned at the Presidency’s and PDP’s strident and scurrilous castigation of the use of Card Readers for ensuring the integrity of the forthcoming general elections, as being proposed by INEC, as the PDP’s agenda for the manipulation of the electoral process.

The APCPCO in a statement by its Director of Media and Publicity, Malam Garba Shehu views this latest ploy by the ruling PDP and the Presidency as the precursor to the move to stampede the resignation of Professor Attahiru Jega before the appointment of a pliable lackey, who will do the hatchet job of stopping the use of the Card Readers.

Shehu notes that the INEC’s decision to use the Card Readers was borne out of the need for ensuring electoral transparency and integrity.

“Aside the huge financial investment involved in the procurement of the Card Readers, the PDP’s desire to hoodwink the Nigerian people on this anti-rigging device, is not just subterranean but an affront on the independence of the electoral body.

“We are equally aware that this is the latest gambit of the ruling Party in its desire to thwart the electoral wishes of majority of Nigerian electorate. We are aware also of the use of its tested and well-oiled rigging machine of unregistered voters and accentuation of same by the use of soldiers that had been specially trained and reserved for that nefarious purpose.

“We have said it that, based on the ruling of the Federal High Court, Sokoto against the use of Soldiers for Election duties, our Party shall is opposed to the use of soldiers for the Election Days on 28th March and 11th April, 2015.

“We insist that the use of Card Readers for authenticating the propriety of the Permanent Voters’ Cards presented and ultimately, accreditation of Voters, as envisioned by INEC. These, in our estimation as a credible Party, remain the irreducible minimum that must form the basis for the conduct of free, fair, and credible elections on 28th March and 11th April, 2015.

“We call on all Nigerians to remain vigilant and we, on our part, shall remain alive to our responsibility in galvanizing the citizenry for assuring on the virility of the Nigerian nation. Indeed, eternal vigilance is the price of our liberty.”