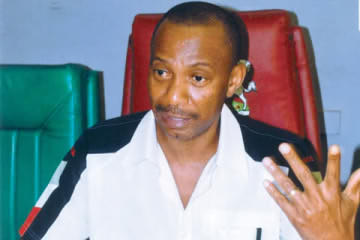 Another round of Pandemonium broke out Friday at the Edo State House of Assembly, as policemen drafted to the place clashed with the lawmakers, even as one of them threatened to shoot the Speaker, Uyi Igbe. 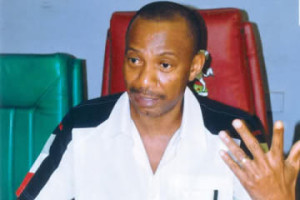 The speaker and other members of the crisis- ridden Assembly were tear gassed by some mobile policemen who stormed the assembly premises in the afternoon.

However, the heavily armed policemen who said they were acting on “orders from above” chased away every body within and outside the Assembly complex, including staff of the house and journalists, even as they ordered some of the workers to lie down.

One of the overzealous policemen even threatened to shoot the speaker after the lawmakers resisted the attempt to close down the assembly.

The policemen were led by one ASP, Florence Joseph, who said she was doing her job and queried why the lawmakers were carrying out renovation work at the Assembly complex.

However, there was a mild drama later as the policemen were trapped inside the assembly premises, following the refusal of the lawmakers to allow them leave the premises.