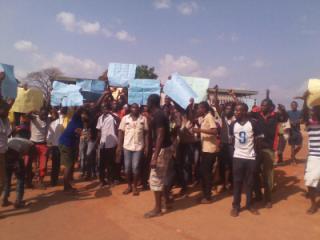 Scores of people especially workers and students were stranded at various locations in Enugu metropolis on Monday, following a two- day strike embarked upon  by commercial drivers in the city over alleged extortion, exploitation and intimidation of their members by the police. 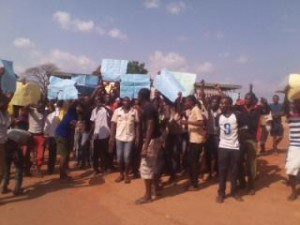 The drivers, who ply Abakpa-Obiagu, Abakpa-New Market, Abakpa-Old Park and Abakpa-New Haven decried the illegal activities of policemen on the said routes, which they described as criminal and unacceptable.

According to the Drivers, the police alarming extortion, illegal arrest and detention on trump-up charges, including minor traffic offences that ordinarily would have attracted warning have continued to be a cog in the wheel of progress of its members.

In a protest letter signed by their spokes person,  Mr. Chibueze Eze, the group said the protest is to voice out to the whole world the level of extortion, intimidation and exploitation of their members by officials of Nigerian Police Force in Enugu, describing the security operatives as armed robbers in uniform .

The letter reads: “We bus drivers of Abakpa axis are here to express our heart bleeding feelings over what has been happening to us at various bus routes”

The police in Abakpa have humiliated us for more than one year.“We have no roundabout at Abakpa, and when you make a turn in the street they will arrest you and impound your vehicle on grounds that you have contravened traffic law in a street”.

While the Bus Drivers alleged that police after detaining such member even more than 48hrs they still collect N5000 for bail.

They also accused Abakpa Divisional police officer, D.P.O and one Abraham Ani as their tormentors-in-chief in the area.

They however, appealed to the inspector General of police, IGP Mohammed Abubakar, and Enugu state government to prevail on those police officers, to forthwith stop harassing their members in the cause of their legitimate business.

“Please we are not saying that police should stop their constitutional duty, we are saying that they should do their work according to provisions of the law”.

African Examiner gathered that operators of tricycle, popular referred to as (Keke Napep), are also planning their own protest over the alleged same police extortion in Enugu.