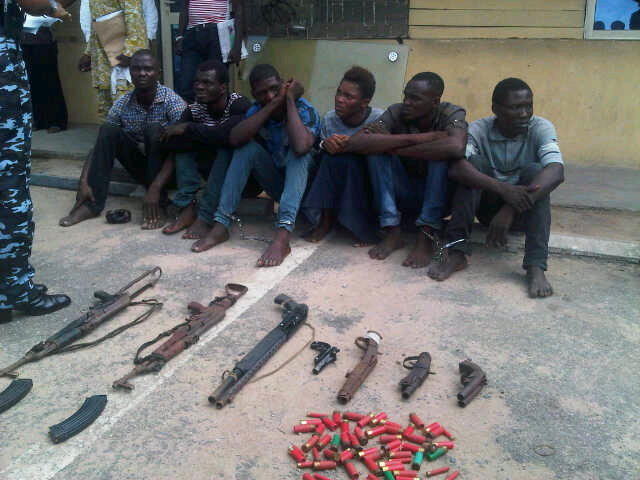 Eight suspected armed robbers have been arrested and paraded at the Lagos State Police Command, Ikeja, on Monday. 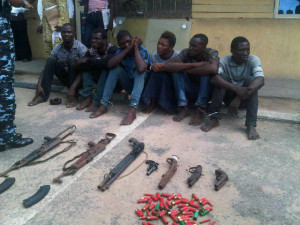 Before now, the Commisioner of Police Lagos State CD Umar Manko had directed the Officer-in- charge, SARS Ikeja, Mr. Abba Kyari to launch a massive manhunt for the suspects and recover the stolen riffles.

The manhaunt led to the arrest of the suspects.

During the exchange of fire between the armed robbers and crack SARS operative, one of the suspects Taiye Agege the second in command to the gang leader was fatally wounded.

Those arrested confessed to have taken part in the operation, where policemen were killed in Iju, Lagos and other robbery operations.

Items recovered from the suspects include, 2 AK-47 rifles, 2