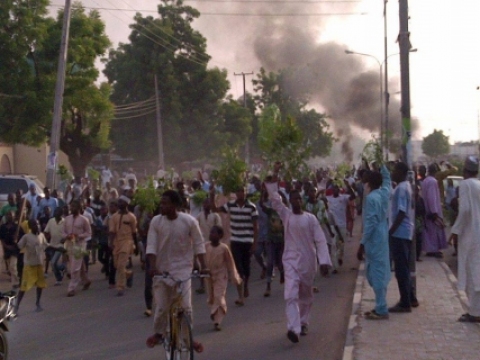 There was a reported protest on Sunday in Kano as the former Governor of Central Bank of Nigeria (CBN), Mallam Lamido Sanusi Lamido was announced as the successor to the immediate past Emir of Kano, Ado Bayero who died last Friday.

Newsport Nigeria reported that after the announcement by the Secretary to Kano state government, some youths took to the streets in the ancient city and demonstrated against his choice. 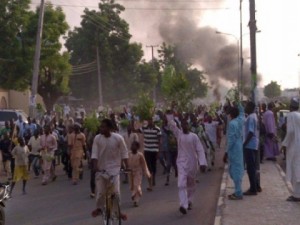 Protesters on the street of Kano

Newspot Nigeria had earlier reported that the emergence of new Emir of Kano involved intensed politics of diversed interests.  Penultimate Sunday and ahead of the announcement, the media had earlier speculated the first son of the late Emir, Sanisu Ado Bayero and Lamido as possible choice for the seat, both being popular among the Kano people.

This is not the first time the choice of a monarchy will attract controversy in the North. The enthronement of Ibrahim Dasuki some years back triggered protest owing to allegation of imposition.

Dasuki allegedly remained unpopular as the Sultan until the military junta of Late General Sani Abacha deposed him, then ushering in the late Muhammadu Maccido as the new Sultan then.