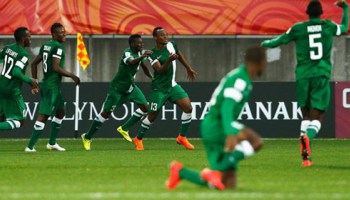 Despite the loss, Samson Siasia’s team have already made it to the quarter final having won their first and second match against Japan and Sweden respectively.

The team’s first knock out game is billed for Saturday.