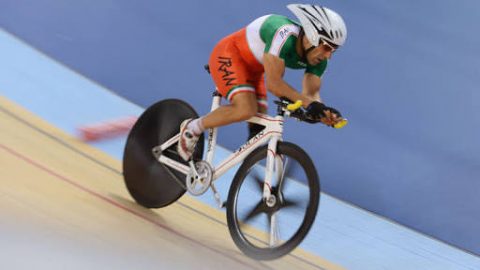 BALTIMORE, MD (AFRICAN EXAMINER) – The ongoing Paralympics in Rio Saturday recorded a major setback, as an Iranian Para-cyclist Bahman Golbarnezhad, died after a crash during the men’s C4-5 road race.

An investigation into the circumstances leading to the accident and death of the 48 – year-old para-cyclist has been launched.

However, the International Paralympic Committee (IPC) announced that Golbarnezhad, suffered cardiac arrest after the incident on a “mountainous stretch” of circuit.

IPC also disclosed that Golbarnezhad was involved in a crash at around 10:40 local time on the first section of the Grumari loop – a mountainous stretch of the course.

He received treatment at the scene and was in the process of being taken to the athlete hospital when he suffered cardiac arrest.

In a statement it issued, IPC indicated that the emergency ambulance diverted to the nearby Unimed Rio Hospital in Barra where Golbarnezhad ‘’passed away soon after arrival’’.

Following the sad incident, the Iranian flag has been lowered at half-mast in the Paralympic Village and a minute silence will be observed during Sunday’s closing ceremony.

Golbarnezhad’s who also competed at the London Paralympics in 2012 death was the first in-competition fatality at a summer/winter Olympics or Paralympics since Danish cyclist Knud Enemark Jensen’s death in the 100km team time trial at the 1960 Rome Games.

Tributes have started pouring in for the late sport man. The Iranian Paralympic Committee said Golbarnezhad was an exemplary Paralympic sportsman who, with love and energy, tried his best to promote the name of Iran and to ‘’make all of us proud and at the end he gave his life for this’’.

In the same vein, United States Olympic Team in a tweet stated “Our thoughts are with the friends, family and team-mates of Team Iran’s inspirational cyclist Bahman Golbarnezhad.”