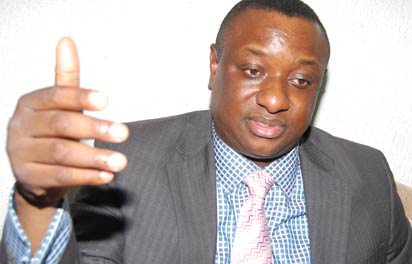 Lagos lawyer, Festus Keyamo says he has been vindicated by the sack of the Service Chiefs by President Goodluck Jonathan in compliance to a court’s judgment. 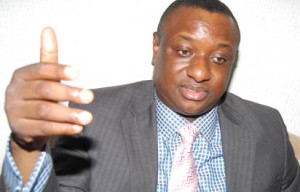 Keyamo had last week issued the president 14-day ultimatum to sack the service chiefs in compliance of a court’s judgment, threatening to head back to court to enforce compliance.

The Federal High Court in the case of Festus Keyamo Vs. President and 4 others, had declared the previous appointments of the service chiefs null and void.

Less than one week after Keyamo’s threat, Jonathan on Thursday sacked the service chiefs and re-appointed new ones which followed the due process.

Reacting to this development, Keyamo, in a statement said ‘today’s announcement of the removal of the Service Chiefs by President Goodluck Jonathan in compliance with the judgment of the Federal High Court in the case of Festus Keyamo Vs. President and 4 others (which declared the previous appointments null and void) is a welcome development. Recall that last week, I issued a fourteen-day ultimatum to all relevant parties to comply that judgment.

“Therefore, the appointments of the new Service Chiefs that have just been made subject to the confirmation of the National Assembly (in compliance with the judgment) is also commendable,” he said.

According to Keyamo, “the rule of law is the cornerstone upon which we must build our constitutional democracy and it is only such strict compliance with the judgments of courts that will guarantee the stability of our democracy.”

While commending President Jonathan for taking this step to obey the rule of law, Keyamo encouraged the president to extend such strict compliance with the rule of law to all other actions of government.