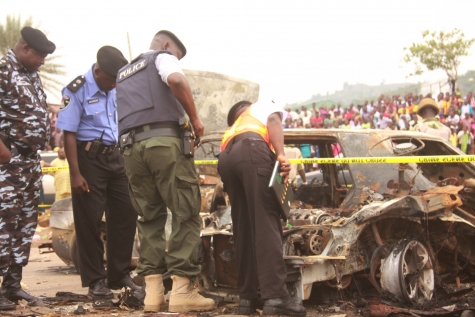 The United States embassy in Nigeria has condemned the May-Day explosion that killed 12 people and left several others seriously injured at the Nyanya motor pack in Abuja on Thursday,

The US embassy expressed its condemnation through a press statement issued Friday. 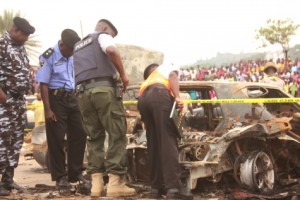 Security agents and concerned citizens at the scene of  bomb explosion in Nyanya, Abuja

The statement partly reads: ”Our thoughts are with the families and loved ones of those who were killed or injured in this heinous act.

“This attack is not only on innocent people but on a democratic nation itself. Lawless violence and intimidation have no place in a democracy.”

The US mission however assured that it will continue to stand with the Nigerian government and Nigerians as they face continued threat of violent extremism.

Meanwhile, contrary to police official report that 12 people died in Thursday’s explosion, eyewitnesses claimed more than 30 people have lost their lives in the unfortunate incident.