We Had a Great Tournament- Mikel 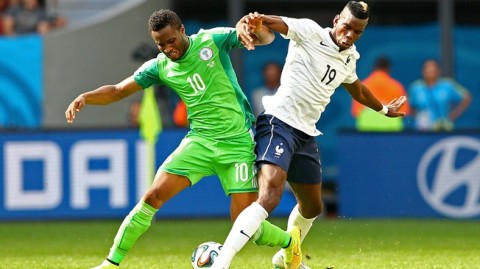 It may be something of a footballing cliché that “at the highest level, any error can prove fatal” but on Monday, at the Estadio Nacional, it most certainly rang true.Having shown organisation and initiative aplenty in their Round of 16 clash versus France, Nigeria’s hopes of clinching a first ever FIFA World Cup quarter-final were dealt a hammer blow in the 79th minute.

From a French corner kick, Super Eagles goalkeeper Vincent Enyeama – who had been in fine form throughout the match – misjudged the high ball, enabling the unmarked Paul Pogba to nod Les Bleus into a crucial lead. 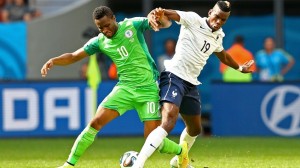 Though the error turned out to be the beginning of the end for Nigeria, it should by no means overshadow the Super Eagles positive campaign at Brazil 2014.

“Honestly, I don’t think that we should be feeling bad right now,” said John Obi Mikel after the heat and emotion of a very even encounter.

“We’ve had a great tournament and today we showed the whole world just what we’re capable of, even when up against a great team.

“I think that we played really well from the start, right up until we conceded the opening goal,” added the Chelsea midfielder. “From that moment on, I’ll admit that we let our heads drop a bit. We couldn’t drag ourselves back into it, but none of that should take the shine off our performance.”

In Mikel’s view, were it not for the costly corner mix-up, the 1998 world champions would have been unlikely to pierce the Nigerian backline. “We were very well-organised,” said the No10.

“We knew exactly what we needed to do in defence against a strong team like France and, on top of that, whenever we had the ball we weren’t afraid to attack. We even had good chances to go in front ourselves. We got so much right, but mistakes do happen. What else can we say? We need to forget it and move on.”