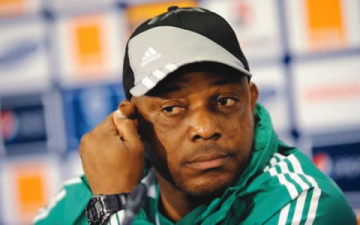 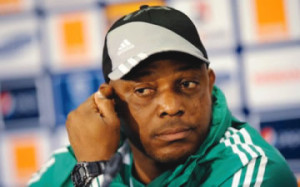 Coach Stephen Keshi has invited 18 players based in Europe and five from the domestic league for the world cup qualifier in Ethiopia on October 13.

The 23 players invited for the 2014 World Cup playoff in Ethiopia are to report to training camp in Abuja latest October 8.

“We expect all the players to be here latest by noon on Tuesday, October 8, to begin the preparations for the match,” MTNFootball.com quoted Emmanuel Ikpeme, director of the technical department of the Nigeria Football Federation, as saying on Wednesday.

“It’s very important that they arrive early because the coach needs all the time available to do the work ahead of the game. Give or take he would have four days to train with the players before we leave by noon on October 12.” Ikpeme added

The team is expected to fly out of Abuja on a chartered flight to Addis Ababa on the eve of the match.