Yakubu’s Health Deteriorating In Custody, His Lawyer Cries Out 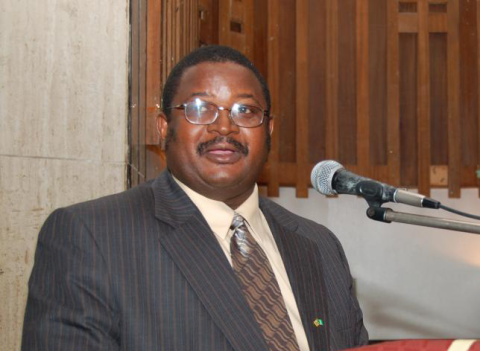 The health of former Group Managing Director of the Nigeria National Petroleum Corporation (NNPC), Mr. Andrew Yakubu, is deteriorating in EFCC’s custody, his lawyers complained, challenging the conditions of his detention. His health is deteriorating day-after-day, his lawyer has said.

The 62-year-old has been diagnosed with High Blood Pressure (Hypertension) and other health issues according to family sources. “His isolation has seen his ‘physical and mental health’ deteriorate”.

Yakubu’s lawyer Mr Raji Ahmed said that his client has been charged on bailable offences under the laws of the land.

Family sources confirmed that Yakubu voluntarily abandoned his treatment in the U.K to attend to EFCC’s charges.

Recall that Mr. Yakubu was arraigned by the EFCC on Thursday, March 16, 2017, before Justice A. R. Mohammed of the Federal High Court, Abuja. He is facing a six-count charge bordering on money laundering, non-disclosure of assets and fraud.

The defendant, who was out of the country as at the time of recovery of the money, however, reported voluntarily to the EFCC’s Kano Zonal Office on February 8, 2017, and admitted ownership of the house and the money recovered.

He, however, pleaded not guilty to the charges. Mr Raji, lead counsel to Mr. Yakubu had in an application dated March 13, 2017, prayed the court to admit the defendant to bail pending trial, seeking the following Orders:

IN ALTERNATIVE TO (a) ABOVE

Defendant/Applicant’s International Passport to enable him embark on a 3 (three) week trip abroad to complete his medical treatment which he suspended to honour the EFCC’s invitation.

TAKE FURTHER NOTICE that the grounds upon which this Application is brought are as follows:

Also, in a 22-point affidavit deposed to in support of Summons to admit to bail, the defendant’s Wife, Mrs. Sarah Yakubu, stated among others that:

I am the wife of the Defendant/Applicant, by virtue of which fact I am conversant with facts of this case;

I have the requisite consent of the Defendant/Applicant to depose to this Affidavit;

That the Defendant/Applicant left the UK, came into Nigeria and voluntarily reported himself to the EFCC without any force or arrest on the said 8th of February, 2017 and has been detained by the EFCC  till date.

I know that the Defendant/Applicant has been very ill for some time now. He suffers a High Blood Pressure and Diabetes in addition to aforesaid unhealthy prognosis of his prostrate.

That in honouring the invitation of the EFCC, the Defendant/Applicant was unable to complete treatment of the aforesaid life-threatening ailments.

That the Defendant/Applicant’s doctors have recommended an “urgent further attention” for his health situation. Now shown to me and marked as Exhibit ‘A’ is a copy of a “To whom it may concern note issued by the Defendant’s doctors in England, United Kingdom.

He is completely innocent of the allegations against him as contained in the instant charge before this Honourable Court.

He is very willing to defend his integrity and his name, and, as such, if the Complainant/Respondent has any case against him he is ready to meet the case.

He is willing to fulfill any condition(s) stipulated by this Honourable Court for his admission to bail. If released on bail,

(i) he will not commit any offence whatsoever;

(ii) he will not attempt to evade his trial but punctually attend his trial to conclusion;

That his health condition has deteriorated considerably since his incarceration at the office of the EFCC.

That unless he receives proper medical attention he will be unable to adequately prepare his defence and stand trial for the offences charged. That the medical facilities availed him by the Complainant in its detention facility are inadequate to meet the exigencies of his health situation.

As a consequence of his inability to complete his medical treatment, he now experiences excruciating pains resulting from several complications, which require urgent medical attention. It will be recalled that Mr Andrew Yakubu served as the NNPC GMD under former President Goodluck Jonathan between June 2012 to August 2014.