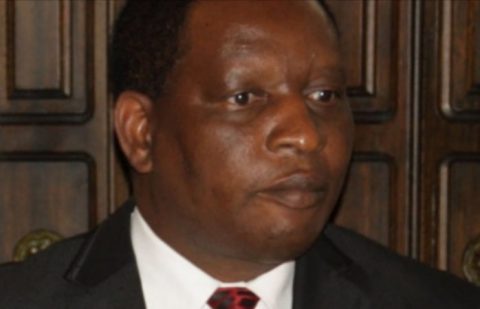 (AFRICAN EXAMINER) – Zimbabwe President Emerson Mnangagwa has fired a Supreme Court and Constitutional Court judge Justice Francis Bere for gross misconduct after he tried to coerce a lawyer thereby interfering in a case.

Bere had been under tribunal investigation since March this year for alleged misconduct after lawyer Itai Ndudzo of Mtamangira and Associates alleged the judge had phoned telling him to settle a civil dispute.

Ndudzo was representing the Zimbabwe National Road Administration in a civil case against Fremus Enterprises owned by the judge’s relatives.

This was a second investigation against the judge after in January the Chief Justice Luke Malaba set up a panel of four judges to look into his conduct after Meikles chairman John Maxon filed a complaint alleging conflict of interest in a case the judge had presided on.

Then Bere was cleared of any wrongdoing.

On Thursday Chief Secretary to the President and Cabinet Misheck Sibanda announced in a statement that Mnangagwa had fired Bere after retired judge Justice Simbi Mubako who led the tribunal submitted recommendations.

“The tribunal has completed its investigations and has recommended that honourable Justice Francis Bere be removed from office for acts of gross misconduct. The President accordingly acting in terms of Section 187(8) of the Constitution, has removed the honourable judge from office with immediate effect,” said Sibanda.

The findings of the tribunal could send shockwaves on another judge of the High Court Justice Erica Ndewere who was this week accused of misconduct and conduct inconsistent with being a judicial officer and the JSC recommended that the President sets up a tribunal.

Sikhala, who is a lawyer-turned politician, had been in custody for a month after he had been arrested for allegedly being involved in events calling for public violence before the July 31 demonstrations that was blocked by security forces.

A tribunal is yet to be set which will automatically mean her suspension for the bench.