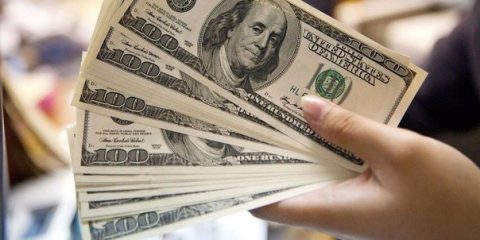 (AFRICAN EXAMINER) – Zimbabwe’s largest confederation of trade unions, the Zimbabwe Congress of Trade Unions (ZCTU) on Friday said it would call for employers to pay their workers in foreign currency starting from June 2019.

ZCTU made the call as agitation grows among the general workforce for employers to review salaries upward in view of the escalating cost of living.

ZCTU called on the labour minister, Sekai Nzenza to convene an urgent Tripartite Negotiating Forum (TNF) meeting to map the way forward as prices of basic commodities and other services continued to rise while salaries remained the same.

TNF is a body that seeks to ensure consultation, cooperation and negotiation on social and economic issues by the government, organised business and organised labour.

In a post on Twitter Friday, ZCTU said all workers should unite in calling for a review of their salaries.

“Workers of Zimbabwe, we call upon all of you to fully support the ZCTU’s call in the TNF for USD salaries starting from June 2019.

“It is about all of us, the suffering is unbearable and we must put all our efforts in achieving this,’’ the organisation said.

The banking sector workers on Thursday joined others in engaging their employers to review salaries, saying that they were now in a dire situation as prices of basic commodities continued to rise against static wages.

Teachers under the banner of the Progressive Teachers Union of Zimbabwe said they would not be able to report for duty starting from June 24.

It is reported that if the grievances over their working conditions were not met, the teachers would reduce the number of days they report for duty to two times in a week.

Worker representatives from State universities have also raised concern over their working conditions and have also cited incapacitation as a reason for them failing to meet their obligations in the near future. (NAN)