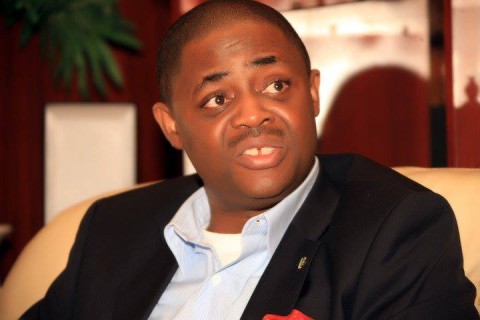 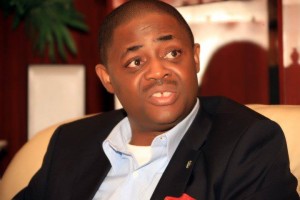 The former Minister of Aviation was first arraigned at the Federal High Court, Lagos, in December 2008 before Justice Ramat Mohammed on a 47-count charge but now standing trial on the amended 40-count charge, brought against him by the EFCC.

In the charge, the accused was alleged to have accepted cash payments to the tune of about N100 million, while he held sway first as Minister of Aviation and later as Minister of Culture and Tourism.

The offence is said to contravene the provisions of Sections 15 subsection one and section15 subsection two of the Money Laundering (prohibition) Act of 2004.

At today’s proceedings, counsel to the EFCC, Festus Keyamo, called on the fifth prosecution witness, Mr Ojo Agbor, a civil servant with the National Gallery of Arts, Abuja.

The witness told the court that he worked as Personal Assistant to Fani-Kayode, during his tenure as Minister of Culture and Tourism.

He said that the schedule of his duty ranged from reception of visitors, purchase of tickets, booking of hotel accommodation, and any other miscellaneous duties assigned to him.

The witness testified that at different times in the course of his job, he was given several sums of money ranging from N600,000 to N3 million, to lodge into the First Inland Bank account of the former minister.

He told the court that all the monies he lodged into the account of the former minister were given to him by one Mr Kola, who was the then property Manager of Mr Fani Kayode.

The EFFC counsel however requested for an oral application asking the court to allow him treat his witness as a hostile one.

The counsel noted that there were discrepancies in the testimonies made by the witness in court, and those tendered before the EFCC.

He also asked for permission to cross examine the witness with a view to extracting from him details of the testimony made in written statements to the Commission,

Citing the provisions of sections 214 and 231 of the Evidence Act, Adedipe, argued that the prosecutor, could only impinge on the credibility of the witness, by tendering the statement which is inconsistent with the testimony made by the witness.

Justice Rita Ajumogobia, upheld the submission of the defence counsel, and urged the prosecutor to tender the statement of the witness.

Meanwhile, after the court accepted it, the witness was made to read his statement (to the EFCC) before the court.

Under cross examination by defence counsel, the witness however, told the court that he was coerced into making the statement before the EFCC.

Justice Ajumogobia, however adjourned the case to June 24 and June 25 for continuation of trial.