Passenger Plane with 189 on Board Crashes into the Sea 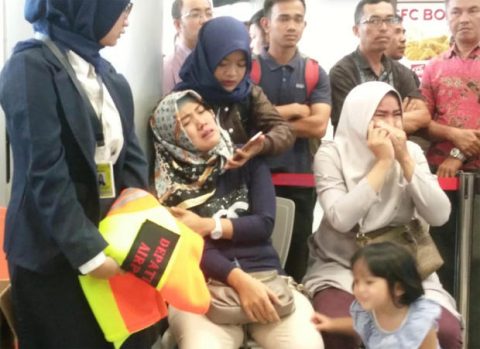 (AFRICAN EXAMINER) – A Lion Air flight with 189 people on board crashed into the sea moments after taking off from Indonesia’s capital early Monday.

The airliner said it had lost contact with Flight JT-610 and Indonesia’s search and rescue agency posted images of debris it has found from the Boeing 737 Max 8 plane that went down in the waters off West Java.

There was no immediate word of any survivors.

“It has been confirmed that it has crashed,” Yusuf Latif, a spokesman for the agency, said by text message, when asked about the fate of the Lion Air plane, according to the Reuters news agency.

Latif said the plane had lost contact 13 minutes after takeoff.

The crash is the worst airline disaster in Indonesia since an AirAsia flight plunged into the sea in December 2014, killing all 162 on board.

It’s the latest blow to the country’s aviation safety record after the lifting of bans on its airlines by the European Union and U.S.

The National Search and Rescue Agency chief Muhammad Syaugi told a news conference that divers are trying to locate the wreckage of the plane, which according to aviation website Flightradar24 was brand-new and delivered to Lion Air in August.

Officials said the plane had been carrying 178 adults, one child and two babies, as well as two pilots and six flight attendants./CBS