[OPINION] DBanj, Rape and the Police, By Obinna Akukwe 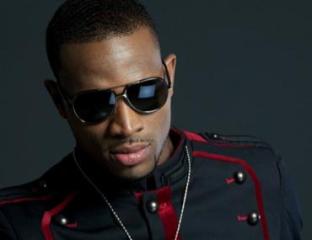 A popular musician and multiple award-winning Nigerian artiste, Dapo Oyebanjo popularly called D’banj, has been accused by a lady, Seyitan Babatayo, of rape.  According to the victim, the rape occurred in 2018 at Glee Hotel Victoria Island Lagos.

According to the initial narrative by Benjamin Ese, friend to Seyitan, “D’Banj drove all the way from Eko hotel where he was lodged and came down to Glee hotel in Victoria Island at midnight 2.40 am and collected the spare key from the receptionist, got into my friend’s room and forcefully threatened he would walk her out of the room naked, kept his fingers in her vagina and repeatedly raped her.”

Ese alleged that Dbanj had earlier offered to have sexual intercourse with the said lady at the cost of N200,000 but the victim refused, and after the music show, she retired to Glee Hotel before Dbanj forced himself into the place and had unauthorized carnal knowledge of her.

It should be noted that Babatayo probably never wanted an issue from the rape except that the culprit should apologize. Therefore, all these theories of the lady looking for Dbanj’s money are another theory from hell fire. The victim never reported to the police, she needed just  a remorseful apology to  forget the ugly incidence and move on with her life, and what she got from Dbanj and the Nigerian police was harassment, detention, intimidation and lawsuit.

Babatayo’s solicitors, Ojoge, Omileye, and Partners, while demanding a public apology from D’banj on behalf of the alleged victim said “We need to state that our client is not concerned about the media in the pursuit of her justice. All she wanted is to heal from her hurt and live the normal life she was living before the unfortunate event of December 31, 2018,”

Dbanj procured the services of controversial and foremost Senior Advocate of Nigeria to slam a libel suit of N100 million naira on the victim. D’banj’s solicitor, Mike Ozekhome (SAN), asked his accuser to make a payment of N100m within 48 hours or face legal action.

The letter reads in part, “We have been instructed to demand and we so hereby demand from you the following: That your client makes an outright apology and a total retraction of each and every false allegation made against and concerning our client.

“The said apology and retraction shall be published in four national dailies with wide circulation in Nigeria as well as on social media platforms and handles being used by your client and her hirelings. That your client makes a compensatory deposit of the sum of N100m only through this chambers in favour of our client to assuage his battered image.”

In addition to the intimidating and spurious law suit, the matter took another turn on Wednesday, when Babatayo was reportedly arrested by policemen from Sodipo Command, Ikeja. Babatayo equally told a Nigerian actress and presenter, Dorcas Shola-Fapson, that she was detained for over 24 hours and kept in a cell with criminals.

She alleged that Dbanj told her that she paid Mike Ozhekome N25 million naira for the suit and that she has no chance against him. The victim was also forced to delete all her tweets with Dbanj and recant the rape allegation or she would be abandoned to criminals.

This is the height of irresponsible behavior of the police. This lady was forced to delete her tweets, and turn to advert executive for Dbanj new music which she was said to be promoting on her social handle. The police abandoned this lady in cell with criminals; she was probably slapped and maltreated by the criminals. The lesbian inmates in the cell might have molested her. She was abandoned for more than 24 hours without any bath, against the laws of the land, because a wealthy artist was throwing money around.

There is no rationale for Seyitan Babatayo to be arrested and detained in cell in the first instance. The police are trying to harass and intimidate her into submission. That is not the purpose hundreds of billions of naira is budgeted to the police annually, to harass and intimidate victims. There is no rationale for the lady to be forced at the police station to delete all her tweets, if not to cover up a crime.

A lot of rape cases have been reported in Nigeria in recent times. Within the space of two weeks two undergraduates aged 22 were raped and murdered in Benin and Ibadan respectively. Another student aged 18 was raped and killed at Ibadan.  Till now, none of the culprits have been apprehended by the police.

Refreshing from a piece I wrote after the brutal church rape of Vera Uwaila at RCCG Church Benin titled ‘Covid-19 Rape, Murder in RCCG Church: Disgrace to Christendom’ I warned that

“A faithful church worker by name Uwaila Vera Omozuwa, 22- year-old and 100-level student of the Department of Microbiology, Faculty of Life Sciences, University of Benin, Edo state, Nigeria was murdered on Wednesday 27th May, 2020, inside the Ikpoba Hill branch of the Redeemed Christian Church of God (RCCG) in Benin, Edo State. This is not a denominational problem; it is just a warning strike from the kingdom of darkness to the Nigerian church that they have arrived. Before the church receives more strikes, let them employ the services of all the spiritual resources at their disposal to ensure that the criminals, murderers and privies are apprehended.”

Immediately after my post, my attention was drawn to the case of rape of a 4 year old girl raped by a 73-year-old retired army Captain, Bassey Ekanem in Calabar.  Another 7 year old girl in Onitsha was raped by a 20-year old man named Chikwado Anijiofor .   Rape is mountain everywhere in Nigeria. They are raping, filming and killing at the same time. Nigeria has entered into a Rape Pandemic. The kingdoms of darkness have started firing from all angles. The worst is that the police are now harassing and intimidating rape victims. It is not acceptable.

A  Commissioner in Kogi State kidnapped and raped a blogger and online journalist by name Elizabeth Oyeniyi , in his house and the police is yet to intervene in the matter. The three murdered during rape cases mentioned above had not yielded any tangible arrest, conclusion or prosecution by the Nigerian police.

We are temporarily gladdened that the Inspector General of Police in Nigeria had asked the relevant department to investigate the Dbanj rape issue, after petitions from solicitors to the victim of alleged cover-up. We do hope that the police authorities will get to the root of the matter because the earlier orders by the police chief to fish out the murderers and rapists of Vera Uwaila and other victims is yet to yield fruit.

I want the relevant international agencies and nations especially the UN, US, UK to take note that there is attempt to cover rape cases in Nigeria because some top shots are involved. They should note that people are being raped everywhere in Nigeria and no meaningful prosecutions are taking place. We shall forward all the cases of recent rape and murder of minors, adult and the aged for them to note that wickedness is being covered up in Nigeria.

Dbanj had slammed a N100 million naira threat on an alleged rape victim. Let the law serve its purpose. Using the police again to detain and force the lady to delete evidences, in the midst of this national uproar, is an insult on our collective dignity, and that of all women. Let the police act responsible for once, and let the defenseless be defended. If at the end of the day, it was proven that the rape case was a set-up, let Babatayo face the music according to the statutes of the land.

Dbanj and the Nigerian police should act responsibly over this rape issue and save our psyche from further national insult.