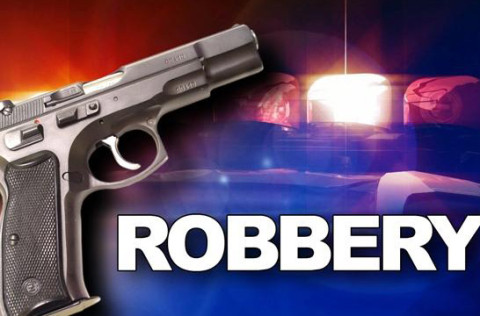 A local vigilante group in the commercial city of Aba, Abia state on Tuesday foiled a robbery attempt on Omenazu Street area, just as another killed a petty trader in Awka, the Anambra state capital.

African Examiner Correspondent gathered that more than four heavily armed bandits invaded the area in the mid night and was about robbing residents when the vigilante group were alerted.

According to a resident, on arrival, the armed Vigilante operatives overpowered robbers and arrested one of them, adding that the arrested member of the gang (names with held) was later handed over to the Abayi Police Division.

Also on Tuesday,  some unidentified gunmen in Aba South council area of the state broke into a popular multi- million naira computer shop on Azikiwe road, carting away items such as laptops and an undisclosed amount of money.

A source told our Correspondent that the robbers tied up the security man on night duty before gaining entrance into the shop.

The Abia state  Police Public Relations Officer (PPRO),  Geoffrey Ogbonna, could not be reached for comments as his mobile phone was switched -off.

However, a senior police officer in the Command who craved anonymity, confirmed the incident, saying they were working hard to ensure that the fleeing robbers were apprehended.

In a related development, members of  a Vigilante Tuesday clashed in a free- for – all with the traders at the popular Eke- Awka market, Awka, a situation which threw residents into confusion following the daeth of a trader and loader, identified as Ejiofor Attah.

An eyewitness told African Examiner Correspondent that the ugly incident which started at about 9:30am also led to attack on two vigilante members in the market, who allegedly killed Attah.

According to the source, troubled started when the vigilante men stormed the market to collect loading and off-loading levies from traders, which led to serious fracas.

“One of the vigilante men shot the loader who was passing-by during the confusion. I wonder why they should use guns to collect levies in the market,” the source stated.

Another eyewitness, who also pleaded anonymity, said the incident occurred during an investigation by the vigilante men on the directive of the market leadership over a phone allegedly stolen by a suspect.

The source revealed they started dragging gun and mistakenly shot the victim who died instantly.

The Chairman of the market, Mr Emeka Agunmadu, responded that the incident had nothing to do with collection of any illegal fee or levies as stated by eyewitnesses.

“Someone came to my office around 9:00am complaining that somebody snatched his phone and attempted to run away.

“I sent two vigilante men to find out what happened only to be called about 15 minutes later that one of the vigilante men had shot someone dead.

“On investigating, I gathered that a vigilante man had dragged his gun with the suspect who allegedly stole the phone and in the process, the gun shot and hit another person.

“We have market task force who do not collect state government levies using guns,” the Chairman narrated.

He however advised the traders and all those affected to remain calm as the Police had begun investigation into the matter, promising that it would be resolved amicably.

The State Police Spokesman, confirmed one person was shot dead while a mob descended on two vigilante persons beating them to stupor.

“Both the deceased and the two injured vigilante men were rushed to Safton Hospital Awka.

“The Head of the market vigilante services and his men are now at the Central Police Division, helping the police in their investigations.

“The police quickly swung into action to ensure there is law and order in the market and environs,” Ezeh stated.